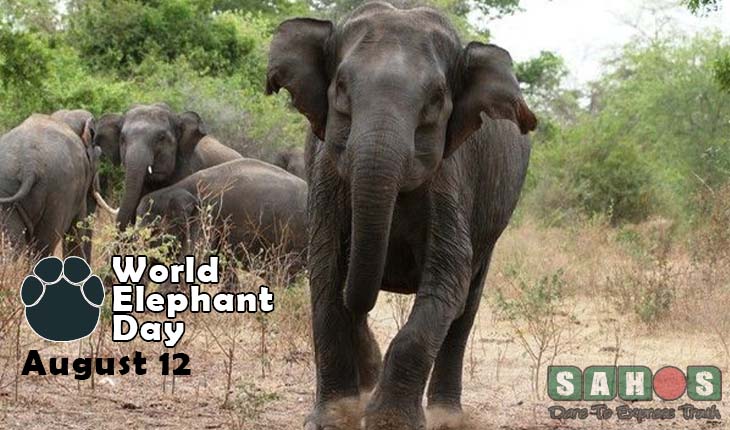 Elephant is the largest terrestrial living wildlife; whale is the largest one Blue whale in our marine biome. There are two species survived, one is Loxodonta africana and the other is Elephas maximus at Africa and Asia respectively.

Elephant evolved billions of years ago through a series of evolution; we know only the popular names the mammoth as their ancestor.

The evergreen forest of Sylhet, CTG, CHT and the Sal forest of North tracts were the main habitat of elephant of Bangladesh. But at present elephant is mostly restricted in the evergreen forest of CTG, Cox’s Bazaar and CHT. A small population is found in Sherpur district which belong to the Indian population of Jalpaiguri area. Some herds also migrate at Sylhet region from India and at Bandarnban from Burma.

In 1985-86 when I was enrolled as an M.Phil student in the department of Zoology, University of Dhaka and my dissertation title was “Eco ethology of Asian Elephants in Cox’s Bazaar Forest Division of Bangladesh”. Our guide and supervisors was Professor Kazi Zaker Hussain, Dr. Mohammed Ali Reza Khan and Dr. Khalilur Rahman of Dhaka University. We conducted study there and found nearly 120 individuals of elephant and at present the numbers reduced to 30-40 individuals only. Open up of forest, physical barrier in elephant movement corridor, scarcity of food, forage, rest, roost area and finally the encroachment of main elephant roaming area by Rohingya refugee, poaching are the identified threats against survival of elephant population con Cox’s Bazaar district.

To save our natural heritage the elephant, we need to keep areas free from anthropogenic threats for elephant and as well as for other mega fauna at CHT. Designated crop field in elephant range areas required to be fully dedicated to elephant food and fodders by providing compensation to the local community is an urgent action to be implemented. Finally, we should refrain from invading elephant range and let them stay in their own home safe and secured with their family.