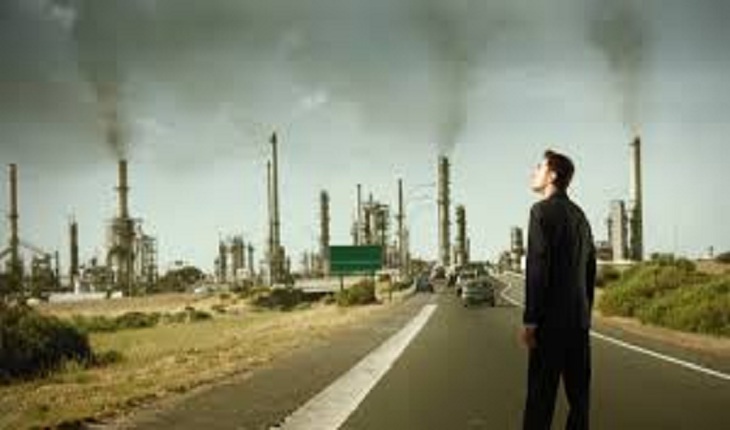 Virtually all global warming since the industrial era is caused by manmade emissions, according to research published Monday that concludes Earth’s natural processes contribute only “negligibly” to climate change.

Near-surface air temperatures have increased on average around the world just over one degree Celsius since the mid-19th century.

That 1C increase has already seen more frequent and powerful extreme weather events such as droughts and floods, as well as super storms made more deadly by rising seas. The 2015 Paris climate accord commits nations to limit global temperature rises to “well below” 2C (3.6 Fahrenheit) and to a safer cap of 1.5C if possible.

An international team of researchers wanted to better quantify how much warming can be directly contributed to human activity — in the form of greenhouse gas emissions and land use change — and how much is down to so-called “natural forcing”.

These include phenomena such as large volcanic eruptions and changes in the Sun’s energy output, and are often cited as drivers of warming by climate skeptics or deniers. The researchers examined 13 different climate models to simulate expected temperature changes under three main scenarios: one in which just aerosol affected temperature, one where only natural forcing occurred, and another where greenhouse gas emissions are factored in.

Writing in Nature Climate Change, they found that human activity had contributed 0.9-1.3C to global temperatures — exactly consistent with the 1.1C of warming observable today. “Our results clearly show that climate warming is primarily caused by humans,” Nathan Gillet, from the Canadian Centre for Climate Modelling and Analysis, Environment and Climate Change, told AFP.

Although the pandemic saw planet-warming emissions nosedive by about 7 percent in 2020, concentrations of carbon pollution continued to rise. The United Nations says it would take emissions to fall by similar levels to 2020’s every year this decade in order to keep the 1.5C goal in play.

As a result of intensive shuttle diplomacy, the Paris deal isn’t explicit in how warming is measured — that is, to what extent it is manmade and against what temperature base line.

But Monday’s research found that depending on the range of estimation, manmade warming “may already be close to the 1.5C threshold”. “If human-induced warming is at the lower end of our estimated range, the 1.5C Paris goal is still achievable with ambitious and prompt reductions in emissions,” said Gillet.

“If it is at the upper end of the range, the 1.5C goal may not be practically achievable, but prompt and ambitious mitigation action would still allow us to meet the Paris goal of keeping warming well below 2C.”

The authors said it was crucial to better quantify historic human-induced warming in order to more accurately calculate Earth’s remaining carbon budget — how much more we can pollute without breaching the Paris goals. Gillet said such estimates “can help guide mitigation policies in individual countries to meet the Paris goals”.