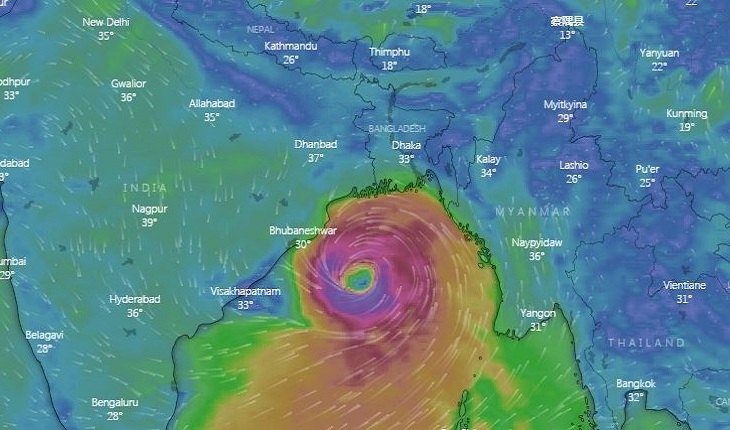 In a few days, light pressure will form in the Bay of Bengal and it could quickly turn into a cyclone, according to various meteorological departments. And if this forecast is correct, the Bagerhat, Khulna, and Satkhira districts in the southwest of Bangladesh may be most affected by the storm.

According to the meteorological agencies of India, Russia, and the European Union, the light pressure is more likely to reach the Sundarbans areas of Bangladesh and India.

According to the forecast of the Bangladesh Meteorological Department, a few days before the cyclone, Kalbaishakhi and Dabdah will blow in different parts of the country. Chandpur, Gopalganj, Shariatpur districts, and Khulna, Rajshahi, and Barisal divisions will be affected by the heatwave on Friday. Thunderstorms are expected in many areas of Dhaka, Mymensingh, Sylhet, Rangpur, and Rajshahi divisions including Kalbaishakhi.