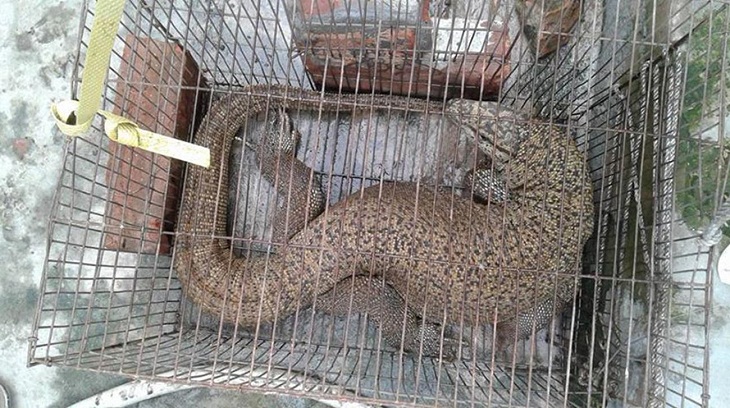 An Asian water monitor lizard was rescued and later released in Kushtia yesterday.

The lizard was handed over to Bheramara Police Station and later sent to Kushtia Forest Department before it was released at the Hardinge Bridge point in the evening, the forest officer also said.

He added that the lizard weighed around 11 kilogrammes.

Once abundant across Bangladesh, the lizard is not frequently seen nowadays due to habitat loss. It can grow up to six to seven feet in length and weigh around 20 to 50 kilogrammes. They eat fish, frogs, rodents, birds, crabs, snakes and even young crocodiles and crocodile eggs.