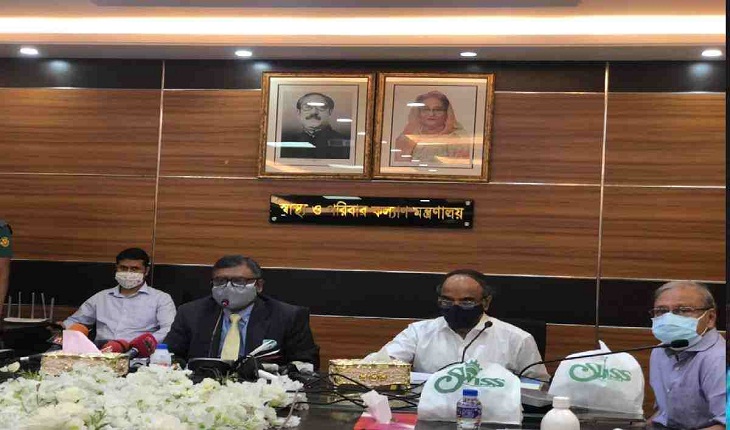 Health Minister Zahid Maleque on Wednesday said the medical admission test will be taken in compliance with the health guidelines.

"Examinees will sit at a distance of 3 feet.  Everyone has to wear a mask and there will be sanitizers," he said while talking to reporters after a meeting on medical admission test at the Health Ministry's conference room. He said around 1.22 lakh examinees will sit for this year's exam which will be held on April 2.

He also added that the examination will be held at 55 centers which will be increased if needed.

The Minister said," Coaching centers will remain closed and no photocopy machine will be allowed in the vicinity of the exam centers. "

"We have set up a monitoring cell. If there is any problem, the cell can be contacted. There will also be magistrates at the examination centers and they will look after the overall issues," the minister added.

The minister said that the government will be vigilant against any type of rumors during and after the exam and also reassured that question papers will not be leaked this year.