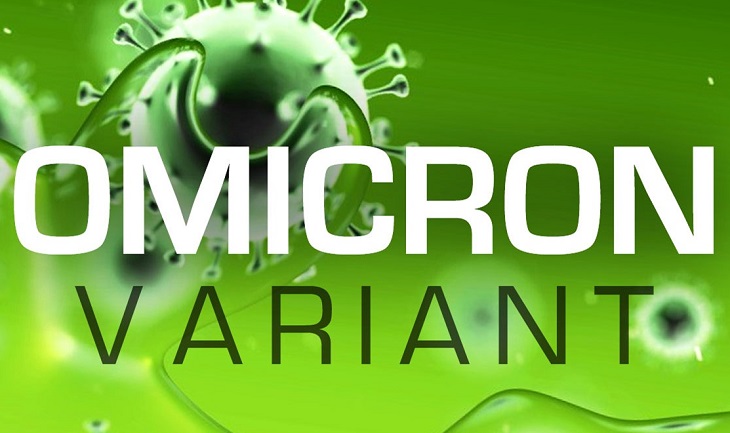 Several European nations on Saturday announced their first cases of a highly infectious new coronavirus strain, as governments worldwide began pulling down the shutters to contain the new Omicron variant.

Britain, Germany and Italy confirmed their first cases of the new Covid-19 strain, while Dutch authorities quarantined 61 passengers from South Africa who tested positive for Covid-19.

South Africa complained it was being punished with air travel bans for having first detected the strain, which the World Health Organization has termed a "variant of concern".

A series of countries across the world began restricting travel from the region, to try to head off any threat to global efforts against the pandemic.

Scientists are racing to determine the threat posed by the heavily mutated strain, particularly whether it can evade existing vaccines. It has already proved to be more transmissible than the dominant Delta variant.

Travellers thronged Johannesburg international airport, desperate to squeeze onto the last flights to countries that had imposed sudden travel bans. Many of these people had cut short holidays, rushing back from South African safaris and vineyards.

"It's ridiculous, we will always be having new variants," British tourist David Good told AFP, passport in hand. "South Africa found it, but it's probably all over the world already."

- 'Worrisome variant' -
The virus has already slipped through the net, with cases discovered in Europe, Hong Kong and Israel and in southern Arica.

Britain on Saturday announced tougher entry rules for all arriving passengers and the return of a mask mandate, after confirming its first two cases of the new Omicron strain of Covid-19.

A hospital in the Czech Republic confirmed a case of the Omicron variant in a female patient who had travelled from Namibia.

Germany confirmed its first two cases in travellers who arrived at Munich airport from South Africa.

Italy announced its first case of the new Covid strain in a traveller from Mozambique.

And Dutch officials said the Omicron variant was "probably" among 61 passengers who had arrived on two flights from South Africa a day before and tested positive for Covid-19.

People on the two KLM flights, which took off before the Dutch announced their ban on travellers from the region, were being kept quarantined in a hotel.

In the US, a White House official said President Joe Biden had been briefed on the Omicron situation and that health officials were monitoring events.

Already on Friday Belgium announced its first case in an unvaccinated person returning from abroad.

The WHO said it could take several weeks to understand the variant, which was initially known as B.1.1.529. It cautioned against travel curbs while scientific evidence remains scant.

- 'Draconian' measures -
South Africa called the travel curbs "draconian" and on Saturday said the flight bans were "akin to punishing South Africa for its advanced genomic sequencing and the ability to detect new variants quicker.

"Excellent science should be applauded and not punished," the foreign ministry said in a statement.

But US Secretary of State Antony Blinken "praised South Africa's scientists for the quick identification of the Omicron variant and South Africa's government for its transparency in sharing this information, which should serve as a model for the world", a State Department statement said.

The statement was a thinly veiled slap at China's handling of information about the original outbreak in Wuhan, which the United States has criticized as being uncooperative.

"The news about this new variant should make clearer than ever why this pandemic will not end until we have global vaccinations," he said.

But with memories still fresh of the way global air travel helped the spread of Covid after it first emerged in the Chinese city of Wuhan in late 2019, countries clamped down swiftly.

Australia and Belgium became the latest to act, banning all flights from nine southern African countries.

And Australian health authorities said they were undertaking "urgent genomic testing" to look for the Omicron strain in two passengers -- whose trip originated in southern Africa -- who had tested positive for the virus after arriving on a flight from Doha to Sydney.

South Korea and Thailand restricted flights from eight countries, as did the United States, Brazil, Canada and Saudi Arabia.

EU officials agreed in an emergency meeting to urge all 27 nations in the bloc to restrict travel from southern Africa. Many members had already done so.

The World Trade Organization called off a ministerial conference, its biggest gathering in four years, at the last minute Friday due to the new variant.

Vaccine manufacturers have held out hope that they can modify current vaccines to target the Omicron variant.

Germany's BioNTech and US drugmaker Pfizer said they expect data "in two weeks at the latest" to show if their jab can be adjusted.

Moderna said it would develop a booster specific to the new variant.