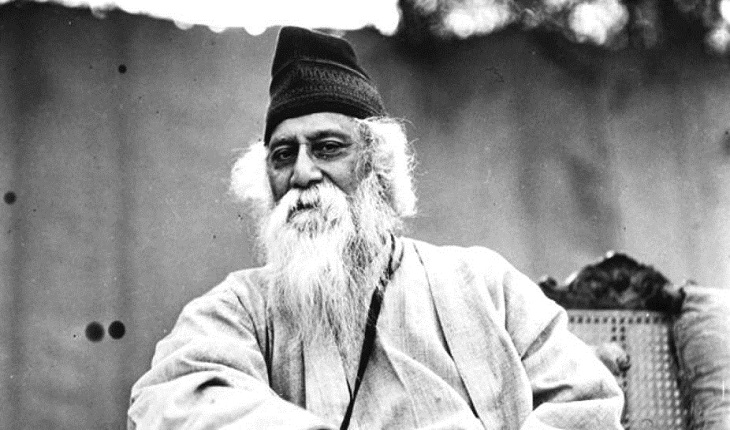 The 157th birth anniversary of Rabindranath Tagore is set to be celebrated across the country on today (Tuesday, 25 Baishakh on the Bangla Calendar).

The government and different socio-cultural organisations will observe the day with elaborate programmes while many television stations will air programme focusing his works.

The main programme marking the day will be held at the Shilaidah Kuthibari, an ancestral mansion of the erstwhile Tagore Zamindari, at Shilaidaha in Kumarkhali Upazila of the Kushtia district at3 pm.

Finance Minister Abul Maal Abdul Muhith will be present as the chief guest while Information Minister Hasanul Haq Inu will attend as the special guest  at the event.

Cultural Affairs Minister Assaduzzaman Noor will preside over the programme.

Alongside, Dhaka University will organise a programme to mark the day with the professor of Development Studies of the University Atiur Rahman presenting a keynote paper titled 'the influence of Shilaidah in Rabindranath's works'.

Vice-chancellor of DU Aktaruzzaman will preside over the programme while a cultural event will be held in the end.

Channel I authority will organise the Rabindra Mela (Rabindra Fair) in its premises while one person will be awarded for the research on Rabindranath or contribution to practicing Rabindranath's songs.

Tagore was a poet, visual artist, playwright, novelist, as well as a composer whose works reshaped Bangla literature and music in the late 19th and early 20th centuries. Born on 7 May 1861 at Jorasanko mansion in Kolkata, he was the youngest of 13 surviving children of Debendranath Tagore and Sarada Devi.

He became Asia's first Nobel laureate after winning the Nobel Prize in literature for his mesmerising book Gitanjali in 1913.

Two of his songs are now the national anthems of Bangladesh and India-Amar Sonar Bangla and Jana Gana Mana-respectively.