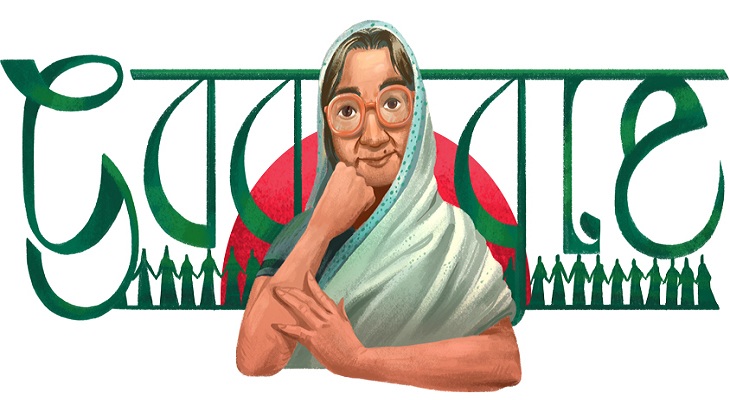 Sufia Kamal was born in a Nawab family at Shayestabad of Barisal (now Barishal) district in 1911 and passed away in 1999. Sufia Kamal was the daughter of Syed Abdul Bari and Sabera Banu.

She is also well-known for her role in women movement in Bangladesh and her relentless fight against the social prejudice and communalism.

Sufia Kamal is the first female editor in the country’s publication industry. She worked as the chief editor of ‘Shaptahik Begum’ published by Mohammad Nasiruddin.

She had no formal education as academic education was prohibited for women at that time. Sufia Kamal was given education at home by tutors.

She then learnt several languages. With the help of house tutor, according to the Banglapedia, she had learned Urdu, Arabic and Persian. Sufia got lessons in Bangla from her mother and maternal uncle.

He was also a political activist. Between 1947 and 1969, Sufia Kamal played crucial role in every socio-political crisis. She had a significant contribution to the democratic movement from 1968 to 1970.

During the Bangladesh's war of liberation, according to the Banglapedia, two of Sufia Kamal's daughters joined the Mukti Bahini, setting up the first hospital for freedom fighters at Agartala.

Huawei has immediately lost access to Android and Google

Google will give users more control over who tracks them online