Justin Welby: It's time to stop saying Isis has ‘nothing to do with Islam’ 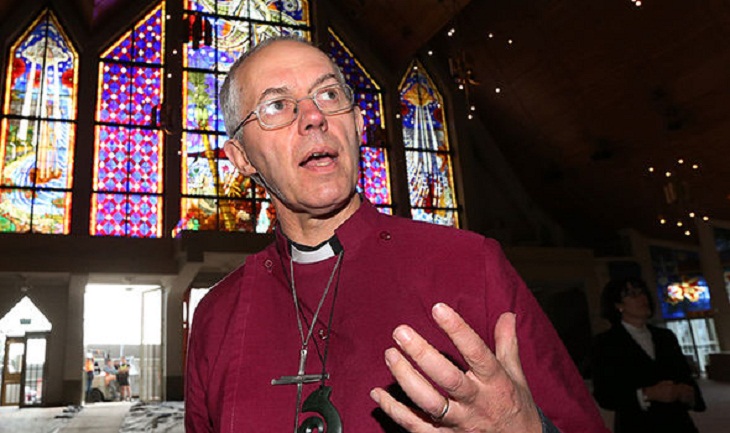 Society should no longer say the atrocities of Isis have “nothing to do with Islam” because the approach restricts efforts to fight extremism, the Archbishop of Canterbury has warned.

The Most Rev Justin Welby has called on all religious leaders to “stand up and take responsibility” for the actions of extremists who claim to be following the strictures of their faith.

Speaking during a lecture at the Catholic Institute of Paris, where he accepted an honorary doctorate, he said it was important to recognise the extremists’ religious motivations for their actions in order to effectively tackle them.
The comments come after several high profile figures, including Foreign Secretary Boris Johnson, have repeatedly urged people to stop referring to the group as “Islamic State” as they say the terrorists go against all of Islam’s teachings.

Rev Welby called on Europe to look to the “Judeo-Christian roots” of their culture to find solutions to the mass disenchantment that has led to the rise of extremist and hate groups, the Brexit vote and the rise of anti-establishment leaders such as Donald Trump and Marine Le Pen.

He said, in order to understand those who create mayhem in the Middle East and on the streets of Europe’s major cities, people start to understand religion again, the Daily Telegraph reported.

“In order to understand, religious people in Europe must regain the ability to share our religious vocabulary with the rest of the continent,” he explained.

“If we treat religiously-motivated violence solely as a security issue, or a political issue, then it will be incredibly difficult – probably impossible – to overcome it.
“A theological voice needs to be part of the response, and we should not be bashful in offering that.