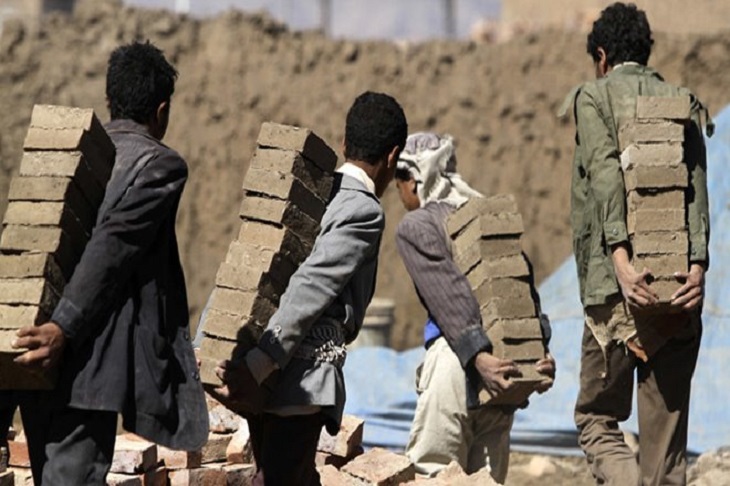 Housemaids, brick makers, labourers, textile workers, fleeing migrants and children at mica mines are faces of modern-day slavery.
These were the faces of modern day slavery in 2016 when the world saw a renewed resolve to combat all forms of human bondage.

An estimated 45.8 million people globally live in some form of slavery, either trafficked into forced labour, sold for sex, trapped in debt bondage or born into servitude, according to the 2016 Global Slavery Index by rights group Walk Free Foundation.

Most of them are workers looking for a livelihood, better jobs, more income. And most of them are cheated, in debt bondage and trafficked to places far from home, campaigners said.

But slowly the scourge of modern slavery is driving action; from new laws to voices speaking up for trafficking survivors, from law enforcers identifying labour trafficking as a major challenge to companies focusing on supply chain slavery.

Below are some of the good, bad and ugly stories on human trafficking from 2016:

1.         CATCHING TRAFFICKERS
Law enforcement agencies identified labour trafficking as their biggest challenge, shifting focus from victims of sex trafficking to the labour agents cheating tens of thousands of men and women and sending them to work in abusive environments.

In a British suburb in central England, police officers accustomed to burglaries and household disturbances are finding ways to battle the latest crime wave - human trafficking.

Meanwhile, India’s foreign ministry started tracking migrant workers in the Gulf, encouraging them to use helplines to report abuse and signing memorandums of understanding with Gulf countries to ensure safe migration.

In a legal precedent, an international victim of human trafficking deposed before an Indian court for the first time and recorded her statements through videoconferencing. The 24-year-old woman from Bangladesh was sold by her husband to a brothel in Kamathipura, the red light district in Mumbai. Campaigners say the video conference brings hope of seeing more convictions against traffickers in cross-border cases.

Nepalese judge Tek Narayan Kunwar stands up for thousands of trafficking victims in the Himalayan Kingdom of Nepal. He set up help desks in district courts and travels to villages to spread awareness about the legal provisions available to fight human trafficking. The district judge in Chitwan is also known for helping to accelerate the time it takes to bring traffickers to justice, tougher prison sentences and better witness protection.

Meanwhile international human rights lawyer Amal Clooney came forward to represent Yazidi women held as sex slaves and raped by Islamic State militants in Iraq. She wants to prosecute the Islamist group through the International Criminal Court for their crimes against the Yazidi community “no matter the price”.

Under increasing pressure, many international brands have started to talk publicly about their procurement process and end supply chain slavery. Campaigners have pointed to numerous reports in 2016 that show supply chains are marred by child labour, abusive work environments and low wages.

India - where an estimated 18 million people live in some form of slavery - drafted a new anti-trafficking law that is awaiting parliament’s approval. It looks at unifying existing anti-trafficking laws, prioritise survivors’ needs and preventing victims from being arrested and jailed.

The Qatar government drafted a new law to replace the controversial “kafala” or sponsorship system that rights groups say has forced workers to live in squalor and toil under dangerous, sometimes fatal, conditions.

Britain unveiled two multi-million pound funds to tackle modern slavery overseas and at home as part of a drive to end the crime described as a “barbaric evil” by Prime Minister Theresa May.