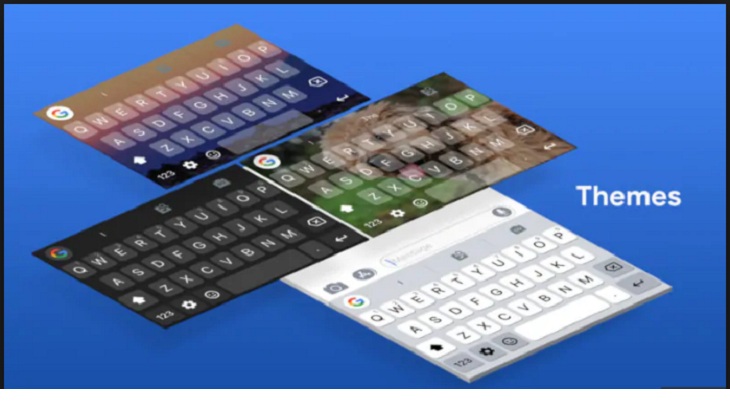 Google has released a new version of Gboard for iOS in the Apple App Store, which primarily brings revamped themes for the keyboard. Unlike the Android version of Gboard, the iOS version was missing customisation options until now.

Additionally, the Mountain View, California-based company has published a new beta version of Gboard for Android, which reportedly brings support for deleting searches and a tweaked overflow menu. Gboard is the official keyboard app from Google and is quite popular among both Android and iOS users.

Gboard offers a total 28 colours to select for various customisations, including gradient options. Earlier, Gboard only allowed the iOS users to choose from dark or light themes.

Google adds that not all theme customisation options will be available for Chinese and Japanese keyboard layouts.

Coming to the Gboard version 8.1 for Android beta update, the new version contains minor changes like tweaked overflow screen, support for deleting Gboard searches. The updated overflow screen now shows the Gboard options in two rows instead of just one.

This layout allows for more icons and is a better use of the screen real estate from the earlier single row layout. Deletion support for Gboard searches was first spotted back in January but is finally becoming live in the latest version.

Basically, the Gboard for Android users can now long press on the search query and the app will show the option to delete it. After confirmation that query will disappear. The changes in the Gboard beta for Android were first spotted by 9to5Google.

According to a report in Android Police, the teardown of the Gboard 8.1 beta for Android revealed that Gboard may be planning to add a new option for the Japanese keyboard - tri-state keyboard, which will enable three keyboard modes: Digit, Hiragana, and Alphabet.

Additionally, the publication found mentions for OCR and sharing, which may appear in the upcoming versions of the application. Google is likely to limit the sharing functionality to a whitelisted set of applications. Lastly, the search giant seems to be planning to add support for five new languages – Buginese, Kurukh, Makassarese, Sasak, and Silt'e to Gboard.

There is no word on when the Gboard beta for Android changes or features spotted in the teardown will make their way to the stable version.

Artificial Intelligence apps to look out for in 2019