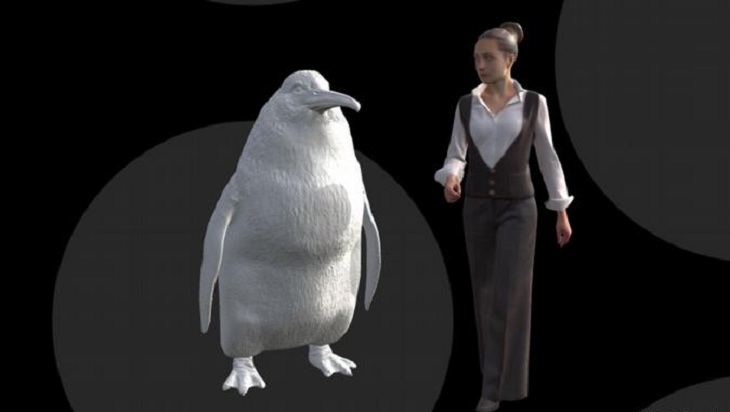 The fossilised remains of a huge penguin almost the size of an adult human have been found in New Zealand's South Island, scientists announced Wednesday.

Named "crossvallia waiparensis", it hunted off New Zealand's coast in the Paleocene era, 66-56 million years ago.

An amateur fossil hunter found leg bones belonging to the bird last year and it was confirmed as a new species in research published this week in "Alcheringa: An Australasian Journal of Palaeontology".

Canterbury Museum researcher Vanesa De Pietri said it was the second giant penguin from the Paleocene era found in the area.

"It further reinforces our theory that penguins attained great size early in their evolution," she said.

Scientists have previously speculated that the mega-penguins eventually died out due to the emergence of other large marine predators such as seals and toothed whales.

New Zealand is well known for its extinct giant birds, including the flightless moa, which was up to 3.6-metres tall, and Haast's eagle, which had a wingspan of three metres.

Just last week, Canterbury Museum announced the discovery of a prodigious parrot that was one metre tall and lived about 19 million years ago.