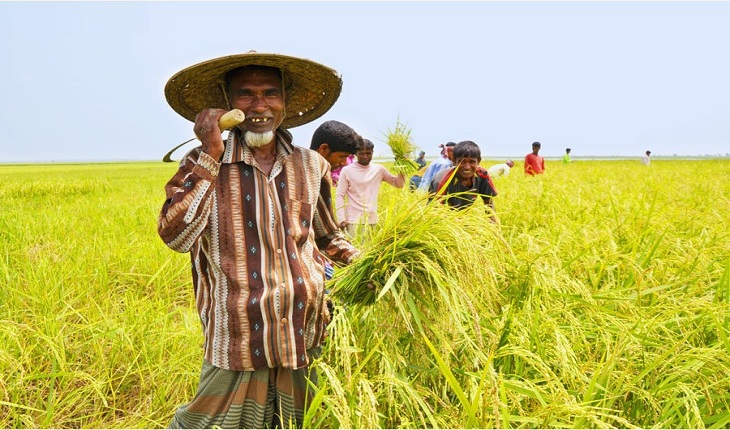 For the first time in the upcoming Aman season, the government has planned to buy rice from farmers via mobile applications.

The government will buy rice from 16 upazilas of 8 divisions through an app called 'Krishoker App' in this innovative phase.

The app was built for the farmer to sell directly to the government their produced paddy.

It can be easily used on a smartphone after downloading the app. Farmers must login with their national Identification number and telephone number through the app. The farmer can go to the upazila data center and use the software there if they don't have a smartphone.

The Food Directorate General's officers said the government will begin its innovative process of collecting paddy from November 20 and start collecting rice from December 1st. Buying will proceed until 28 February.

The process will be widely implemented in the next Boro season if this new online purchasing process goes well.

Dr. Mosammat Nazmanara Khanum, Director-General of Food said, "We want to encourage our farmers to sell rice from their homes. If you don't have a smartphone, you can use one of your relatives or get help from the digital centers of upazila.

She said, before the government had collected the rice, many hands had been exchanged. Now it is possible to solve it.