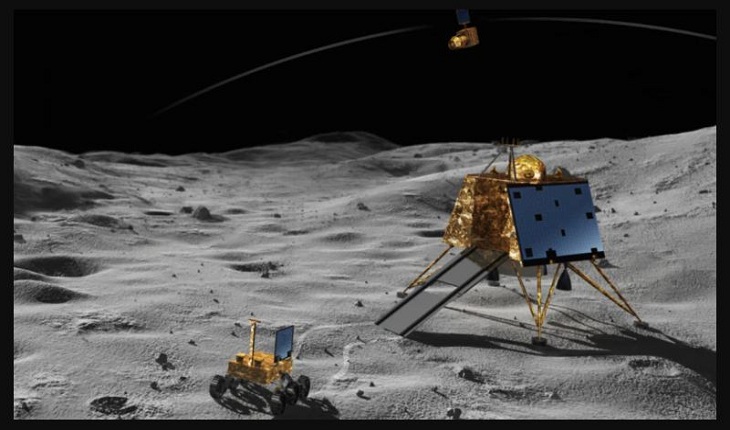 In the last 2.1 km of his journey, nearly three months after Chandrayaan 2—India's second mission to the moon— went awry.

"This image shows the impact point of the Vikram Lander and the related field of dust. Green dots indicate (confirmed or likely) spacecraft debris. Blue dots mark contaminated rock, presumably where the regolith was churned by small bits of the spacecraft.

After 48 days in Earth and lunar orbit, on September 7, the indigenously developed Vikram lander and Pragyan rover were to soft land on the lunar surface.

After the US, the former USSR, and China, a successful landing would have made India the fourth country to land on the moon.

This would have made It the first nation to land so close to the lunar South Pole, where water ice was feared by scientists.