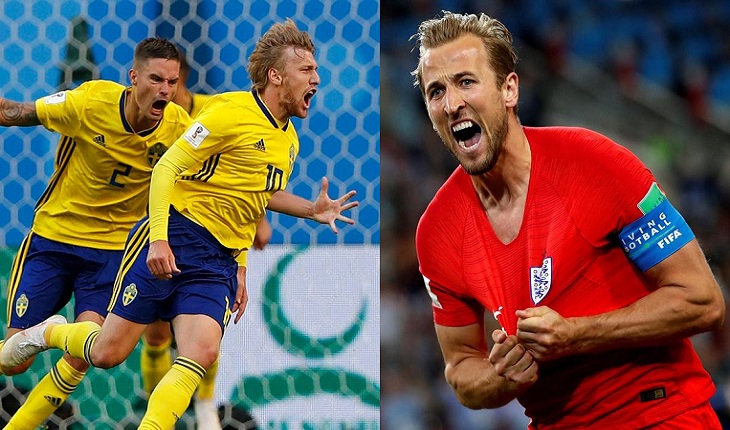 Sweden and England play a quarterfinal match in Samara on Saturday.

The game at Samara Arena stadium begins at 18:00 hours local time [14:00 hours UTC]. Sweden has made to the quarterfinals for the first time since 1994 when they occupied the third place in the World Cup championship.

At World Cup 1958, the Swedes reached the final where they lost 2:5 to Brazil.

The current generation of Swedish footballers does not seem to be as starry as the generations of the 1950’s or the 1990’s but chief coach Janne Andersson has managed to put together a strong team, which apparently benefits from the absence of a leader like Zlatan Ibrahimovic.

Sweden has lost just one game in the current championship.

They played 1-2 vs Germany at the group stage but nonetheless finished at the top position in their group. Also, they avoided a game vs Brazil in the knockouts.

Center-back Andreas Granqvist, 33, who played for the Russian FC Krasnodar but decided to return home, is the leader of the squad.

On Friday, a daughter was born into his family. England also lost only one game at the group stage – it played 0-1 vs Belgium. However, it had to take penalty shootouts in the Round of the Sixteen game vs Colombia.

This was the first time in the history of World Cup championships that England won on shootouts, and the third time in twenty years that it reached the quarterfinals.

The last time it won in the quarterfinals was in 1990 in a match vs Cameroon. The incumbent Team England is young and highly energetic, although it may be lacking a sufficient durability resource – something it displayed in the game vs Colombia where it very nearly lost at the last seconds of regular time.

England manager Gareth Southgate puts stakes on the team’s captain, Harry Kane, 24, who has already scored six goals in this championship. Both Southgate and Kane have praised the Swedes as a splendid team.

The winner of this match will face either Russia or Croatia in a semifinal at Moscow’s Luzhniki stadium on July 11.

Another World Cup ends in agony for Neymar and Brazil