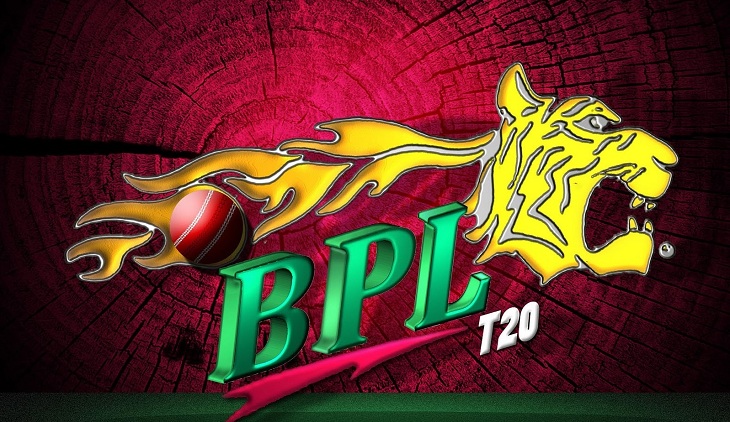 The Bangladesh Premier League (BPL) starts this weekend with bad boy Australians Steve Smith and David Warner among foreign stars tempted by top-notch salaries that have made the BPL a leading Twenty20 tournament.

The two, who are serving 12 month international bans for ball tampering, will clash when Warner leads the Sylhet Sixers against Smith’s Comilla Victorians in Dhaka on Sunday.

Warner said the BPL is now “amongst the best”.

But de Villiers and Nepalese spinner Sandeep Lamichhane—who will be in Warner’s team—are leaving the Big Bash to take part in the BPL. The Bangladesh tournament finishes 8 February which enables them to return to Australia if needed.

Gayle has become a BPL fixture in recent years, hitting a world record 18 sixes in his 69-ball 146 for Rangpur in last season’s final. But with each team allowed nine foreigners, compared to two for the Big Bash, there is a huge migrant contingent.

The salary cap for draft players is $200,000 but most of the foreigners negotiated non-draft individual deals for which there is no limit. The Bangladesh Cricket Board has not given details of payments.

The winners of the event will get just $240,000 in prize money, but much more in commercial fallout and prestige. So most of the teams have been spending big.

The presence of Smith and Warner, banned from internationals and Australian domestic cricket after admitting ball tampering in the South Africa-Australia test last March, has been a major draw however.

“You look at the names in some of the other teams. They are not just here to watch me. I am just excited to be here and be a part of it,” said Warner.

“At the moment, the BPL is starting against the BBL, at home. After this you have the Pakistan Super League and Indian Premier League.

“Most players tell me that this is definitely up there with the best,” he added.

“It is good for BPL to get all the good players. It is also good for the younger Bangladeshi players to play with those guys, to learn a lot,” he said

Moody and Waqar will coach Rangpur Riders and Sylhet Sixers respectively while Klusener will coach Rajshahi Kings. “It is great to have world-class players” in the BPL, said Moody.

“It gives them the opportunity to learn,” he said.

The BPL was dogged by match-fixing scandals and delayed pay for some foreign players after it started in 2011. After a one-year suspension in 2015 it has been staged without serious controversy.