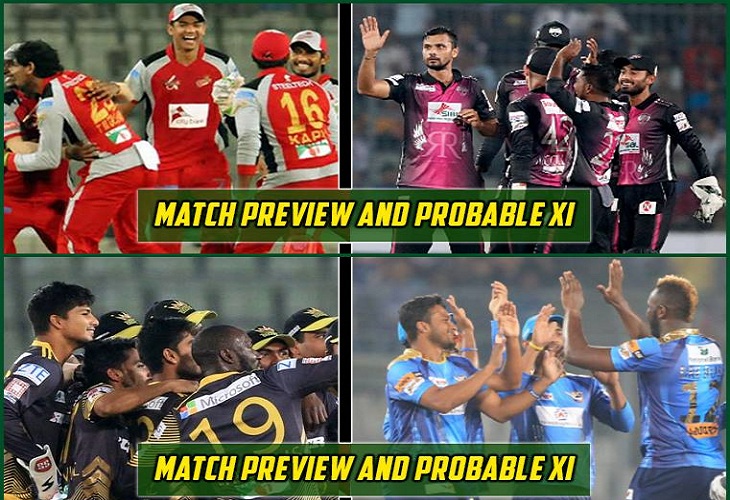 The six edition of the Bangladesh Premier League (BPL) is all set to kick-off on Saturday with two games on the same day at the Shere-e-Bangla National Cricket Stadium.

Meanwhile, the defending champions are packed with full of stars once again and ready to defend their title. Skipper Mashrafe Bin Mortaza, who already won four BPL titles will lead the side against Mushfiqur Rahim’s Chittagong.

Former South Africa captain AB de Villiers is all set to play in the BPL for the first time. However, he will come after a few games and so as the dynamic Chris Gayle.

However, Alex Hales will be opening for the side and look to give a firing start. While for Chittagong, all eyes will be on Mohammad Ashraful as he is set to feature in the BPL for the first time since his suspension.

In the other game of the day, Dhaka Dynamites will face Rajshahi Kings. Shakib Al Hasan, who is one of the most successful players in the tournament will lead Dhaka yet again and he will take on a young talented captain Mehidy Hasan Miraz.

Rajshahi announced on Wednesday that Mehidy will lead the side and it’s a huge decision which was appreciated by many. The youngster has vast experience and he also led the Bangladesh U-19 team in the World Cup where his side played in the semi-finals. All eyes will be on him to see if he can cope up with the pressure and lead the side where the International stars will also feature.

The match will start at 5:30 PM at the same venue.