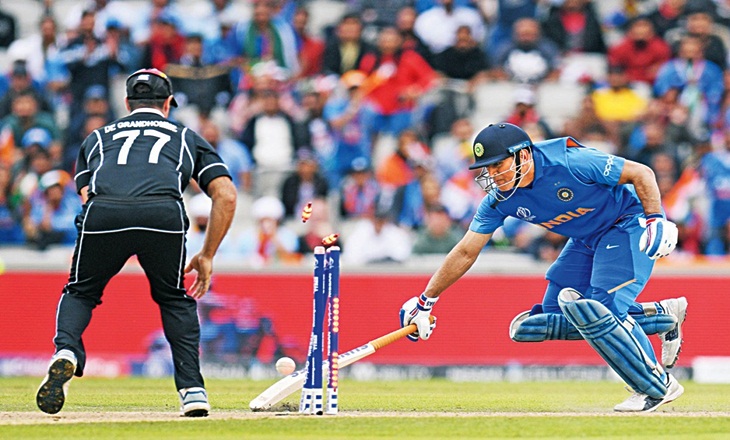 New Zealand defeated India by 18 runs on Wednesday to qualify for final of the ICC Cricket World Cup 2019. The match was played at Old Trafford Cricket Ground in Manchester. Matt Henry was declared Man of the Match for figures of 3 for 37 in 10 overs.

This is the second instance when New Zealand have made it to the finals of ODI World Cup. The first time they reached final in 2015 where they lost to Australia by seven wickets.

On Wednesday, defending a 240-run target, New Zealand started with brutal pace attack. Matt Henry and Trent Boult rattled the Indian top-order. Rohit Sharma (1) fell to Henry when India’s score was only 4 runs. But even the worse was waiting to happen as India lost skipper Virat Kohli (1) and Lokesh Rahul (1) in a span of four balls. Kohli fell to Boult, whereas Rahul fell to Henry. The scoreboard read 5 for 3 and New Zealand were on top in no time.

Before India could recover from the situation, Henry sent Dinesh Karthik (6) back to the pavilion and put India in deep trouble.

After the fall of Karthik, Hardik Pandya and Rishabh Pant erected the Indian spine with a 47-run stand for the fifth wicket. But in order to boost the run-rate Pant fell to Mitchell Santner after a handy 32.

The target, which was looking a paltry one, soon turned out be very tough as India lost their top-order cheaply.

At one stage, India were 92 for 6 but then MS Dhoni (50) and Ravindra Jadeja (77) stitched a 106-run partnership to raise hopes in the Indian dressing room. But the duo failed to take India home and the whole team perished for 221 runs.

Talking about New Zealand’s innings, the Kiwis posted a total of 239 runs for 8 wickets after 50 overs, thanks to 74 from Ross Taylor and 67 from Kane Williamson.

'45 minutes of bad cricket put us out' says Kohli