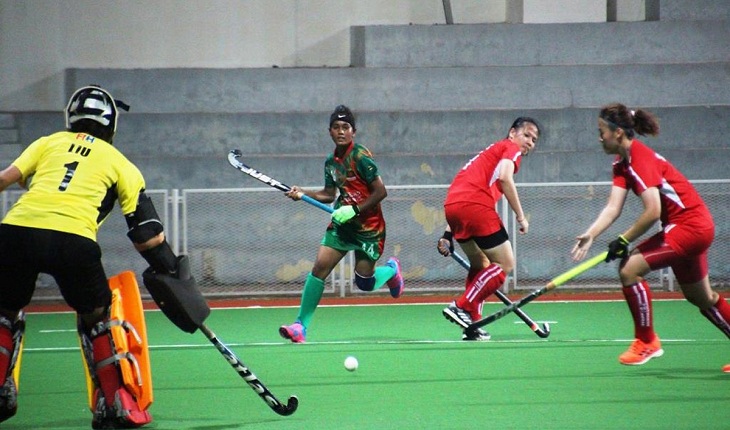 Bangladesh Women’s Juniors Hockey team registered their first win in an international match on Tuesday when they beat Sri Lanka by 2-0 goals in Singapore.

The teams faced each other in the six-nation Women’s Juniors (U-21) AHF Cup Hockey Qualifiers.

Ritu Khanom opened the score for Bangladesh in the 27th minute scoring from a penalty corner.

Tarin Khushi doubled the margin in the 58th minute.

After the day’s feat, BHF General Secretary AKM Mominul Haque Sayeed said, “It is a historical day for Bangladesh hockey. The victory will inspire us in future.”

In her post-match reaction, Bangladesh Captain and one of the scorers Ritu Khanom said, “I am very excited. I will do well in our next matches.”

In their remaining matches, Bangladesh will play Hong Kong on Sept 11, Uzbekistan Sept 13 and Chinese Taipei on Sept 15.

Bangladesh suffered a 0-3 defeat against hosts Singapore in their opening match on Monday.