Tamim to miss 2nd round of National Cricket League 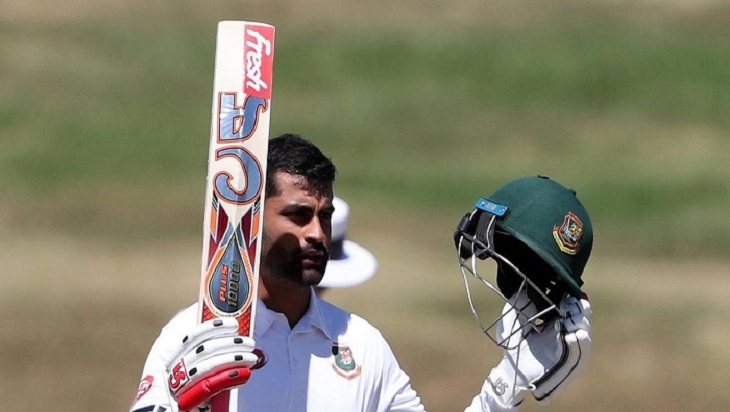 A muscle strain on the right side of the rib forced Bangladesh opener Tamim Iqbal out of the second round of the National Cricket League (NCL).

A BCB physician told UNB that the opener is now on a seven-day rest, and he will be assessed to check if he is fit enough to take part in the next round of NCL.

“Tamim got the blow on his right rib. It's a muscle strain. He has been asked to rest for seven days. We think it won’t affect his India tour,” BCB chief physician Debashis Chowdhury told the media.

Bangladesh's next international assignment is the tour of India where the Tigers will face the hosts in three T20Is and two Tests. This will be Bangladesh's first full series in India.

A source close to Tamim said he was heading to Fatullah to play the second round NCL game against Barishal Division at Khan Shaheb Osman Ali Stadium. But he had to sit out the game because of enormous pain.

Tamim played the first round of NCL at Sher-e-Bangla National Cricket Stadium against Dhaka metro.

Ashraful to play for Barisal in NCL