Great opportunity for Bangladesh to win the series: Mahmudullah 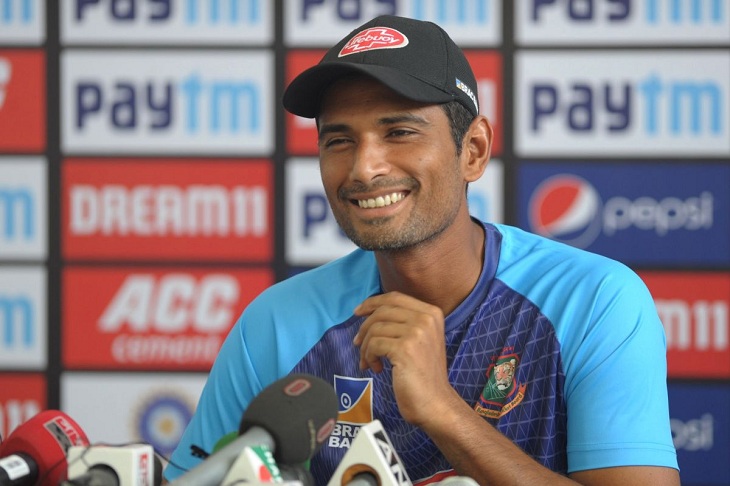 Even though the threat of Cyclone Maha looms large over the second T20I in Rajkot, Bangladesh captain Mahmudullah Riyad believes that they are standing on a good chance to clinch the T20 series against India.

If Mahmudullah’s side could materialize it, they would be the first overseas team to beat India in the Indian soil in three-match T20 series.

The senior all-rounder who was given the responsibility of leading the side after regular skipper Shakib Al Hasan was banned for two years for breaching the code of conduct of ICC, knew well that the series win would be tough task to achieve. But, after weathering metaphorical storm at home and pollution hazard in Delhi to win the first game by seven wickets, he believes nothing is impossible for his side.

“Obviously, I think, it is a great-great opportunity especially when you have already won the first game in the series,” Mahmudullah said during the pre-match conference at Saurashtra Cricket Association Stadium in Rajkot on Wednesday.

“So it’s a great opportunity and I think the boys are feeling energetic about it and hopefully we can put up a good show tomorrow.”

“Since we won the first match, it will give us an extra confidence. We are not sitting idle and we are all desperately waiting for tomorrow’s match. Everybody is working hard and giving their best effort in practice. We are all trying so that we can give our collective team effort to get the expected result tomorrow,” he added.

The Delhi’s victory which gave Bangladesh the maiden victory in this format against India, snapping eight-match losing curse, was the first victory for them across the format in last four years.

Like many matches in last four years including the final of Nidahas Trophy T20 and World T20, 2016 in Bangalore, they didn’t choke eventually as Mushfiqur Rahim serenely drove the side home with an unbeaten 43 ball-60.

Mahmudullah said this victory has broken the mental jinx against India.

“The mental barrier you speak of, we might be able to come out of that even if a little bit. I think in T20 cricket, this sort of chance comes often and it depends on how we keep calm and execute our skills to try and win the game,” Mahmudullah said, adding that it will be huge boost for the team considering their recent developments as the cricket in country at its lowest ebb following players’ unprecedented strike against BCB and ICC-imposed ban on Shakib Al Hasan.

“We have to play good cricket to beat India because we know that they are a good side on their home and across all over the world, so, we have to on our top from the first ball,” he concluded.