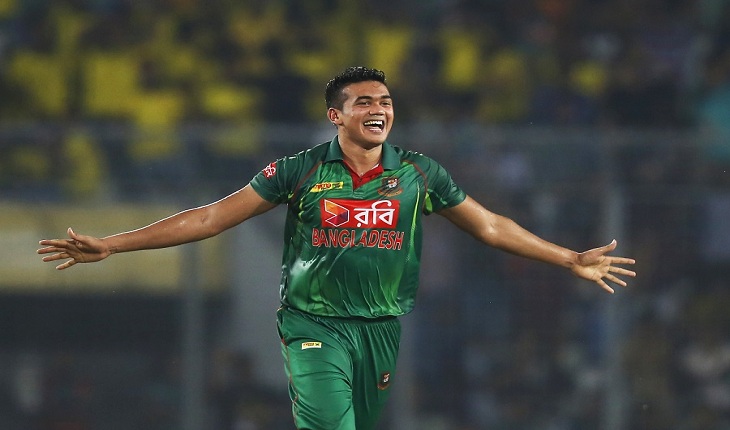 In the last BPL season during January this year, the 24-year-old pacer bagged 22 wickets. He said he's optimistic to carry on that path when he takes the field for Rangpur Rangers in a media interview on Thursday.

"More than any domestic event I enjoy playing BPL. In this competition, we have the opportunity to play in the dressing room with the best players in the world. Such things encourage me to do well, "Taskin said to the press.

"I'm going to try to keep on showing my better performance in BPL so the Rangpur Rangers benefit on my behalf," added Taskin.

Taskin got a call for New Zealand tour in the national team after a phenomenal bowling performance in the BPL earlier this year. But during his previous BPL side, Sylhet Sixers, he had suffered a blow on his leg in the last game that finally stopped him from playing for the Tigers.

"I'm doing fine right now. Injury is part and parcel of the life of a pacer. We have no power over this. But I have to try to manage my injuries properly so I can recover more quickly and get ready for the game, "Taskin told the media further.

In this version of the BPL, seven teams will be fighting for the title. The other teams apart from the Rangers are Dhaka Plaaton, Chattogram Challengers, Rajshahi Royals, Khulna Tigers, Comilla Warriors, Sylhet Thunder.

BPL to be named ‘Bangabandhu BPL’, no franchises this year