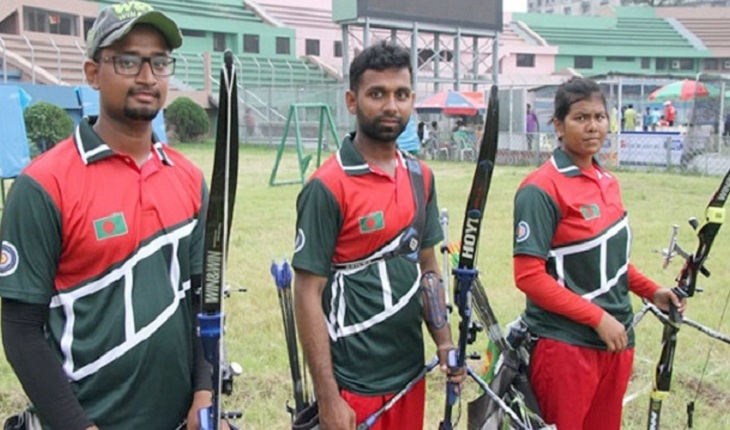 Ravien Kavisha Dalpatadu, Sajeev De Silva and Kumara Herath of Sri Lanka were defeated in the final by the Bangladeshi archers.

ITI Khatun, Monira Aketer and Beauty Roy won gold at the women's team competition with a 6-0 victory over Sri Lanka.

These were the 8th and 9th gold medal in the current conference of Bangladesh.

Bangladeshi athletes won three gold medals on Saturday, on the 7th day of the 10-day seven-nation 13th South Asian Games in Nepal, two in weightlifting and one in fencing.