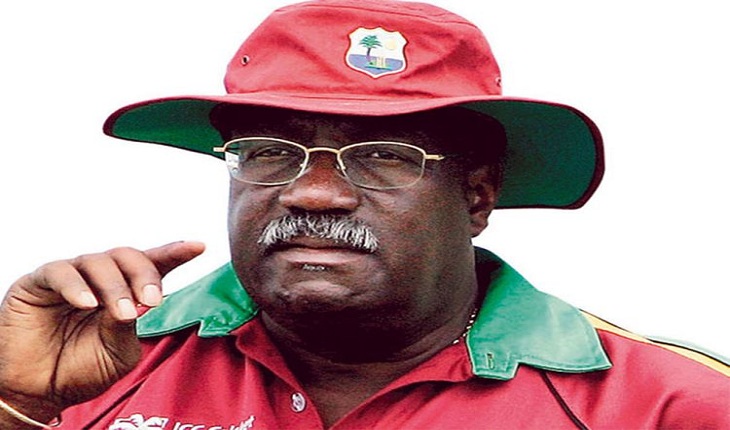 Clive Lloyd, whose West Indies side dominated international cricket, has been knighted in the New Year Honours.

The Guyana-born batsman, now 75, has been honoured for his service to the game.

He captained the West Indies from 1974 until 1985 and played for Lancashire from 1968 until 1986, later settling in the Greater Manchester area.

Since retiring, he has coached West Indies and worked for the International Cricket Council.

The left-handed middle-order batsman made his Test debut aged 22 against India and scored 7,515 runs at an average of more than 46 in 110 appearances.

His West Indies side went 26 matches without defeat, and thrashed England 5-0 in what became known as the 1984 "Blackwash" series.

He also led the West Indies to victory in the first cricket World Cup in 1975 scoring 102 at Lord's against an Australia side with feared bowlers Dennis Lillee and Jeff Thomson spearheading their pace attack.

Lloyd became a folk hero in Lancashire as a key player in the 1970s side that became known as the "Kings of One Day Cricket".

Clive Lloyd is one of cricket's true statesmen.

He is obviously best known for his role in bringing the West Indies team together in a very factional part of the world.

He got them playing as a team unit, fiercely proud of their region, who were feared and respected.

Yet at the same time he has been an absolute star for Lancashire.

My early cricketing years were spent marveling at this incredibly athletic, graceful, loose-limbed left-handed batsman who could smash the ball all over the place.

He was the first prowler in the covers; a beautiful mover who could pick the ball up with one hand and throw it at the stumps.

He is cricket through and through.

The same crowds who cheered Best, Law and Charlton at Manchester United in the winter brought football-style chants to cricket when Lloyd batted at the other Old Trafford in the summer.

Ex-Lancashire player John Abrahams, who captained the county in the 1980s, said: "I made my debut in 1973 and Lancashire were a team of stars. Clive was very good to me taking me under his wing in a very informal way.

"As a batsman he changed the face of the game - there was a real buzz around the ground when he came into bat.

"He hit shots the rest of us could only dream of playing.

Shakib urges fans and followers for calm and patience