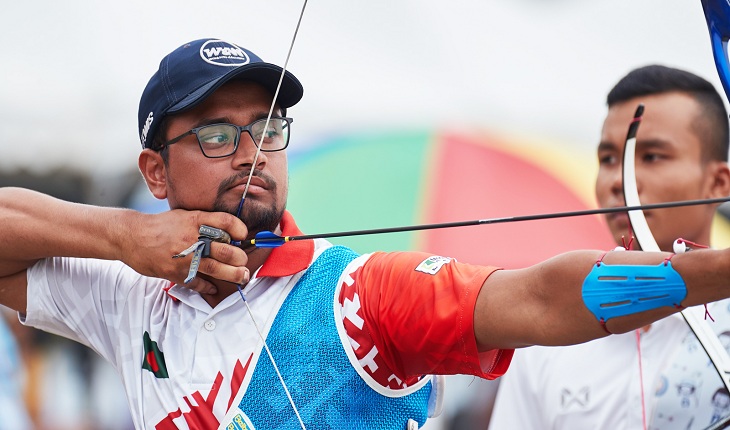 The governing body of World Archery Federation has shortlisted Bangladeshi celebrated archer Ruman Shana for the World Athlete of the Year award for 2019.

The 24-year-old Bangladeshi archer has been shortlisted for two categories -- Recurve Men’s and Breakthrough.

Shana will compete for the Recurve Men’s award with Brady Ellison of the USA, Lee Woo Seok of South Korea, Khairul Anuar Mohamad of Malaysia and Mauro Nespoli of Italy.

He will also compete for Breakthrough award with James Lutz of the USA, An San of South Korea, Valentina Acosta of Colombia, Anders Faugstad of Norway and Alexis Ruiz of the USA.

The apex body of the world archery released the list of their nominees for awards on Tuesday.

The Athlete of the Year Award for Recurve Men, Recurve Women, Compound Men, Compound Women, Para Men and Para Women will be decided by a combination of the fan’s vote and expert panels while the awards for the Coach, Breakthrough Archer and New Judge will be chosen by the expert panels.

The online voting for the Athlete of the Year Awards has opened on Wednesday (January 1) and will close on January 31.