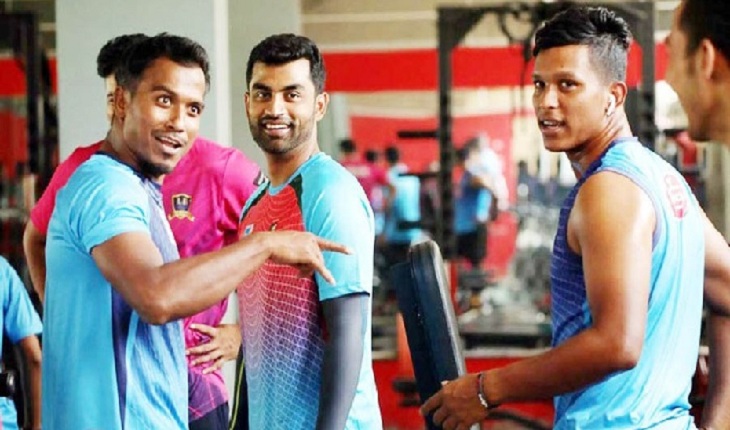 Tamim Iqbal has returned to the Bangladesh T20I side for series against Pakistan, Bangladesh Cricket Board announced on Saturday.

Hasan Mahmud, the 20-year-old pacer, has earned his maiden call-up with Rubel Hossain also making a comeback for the first leg of the three-part tour of Pakistan.

Tamim hasn't played international cricket since last year's World Cup. His poor run of scores in that tournament forced him to take a break from the game. He was supposed to return for the India tour in October but pulled out because of personal reasons. Tamim, who last played a T20I in December 2018, has recovered from a groin injury and was medically cleared to feature in the Pakistan series.

Rubel has had a longer break from T20I cricket with his last international game in the format coming in August 2018 against West Indies in Florida.

Mahmud has played 13 T20 games and has 10 wickets at an average of 37.9 and an economy of over nine. However, he has been fairly successful in first-class cricket (24 wickets from nine games) and List A cricket (19 wickets from 15 matches).

"There was a injury concern of Tamim but he was cleared and we are delighted to have him back as we need some senior guys in the team to lead from the considering some of our senior members are missing," Bangladesh chief selector Minhajul Abedin told Cricbuzz. "As for Rubel he is in and out of the national team for the last one year but looked to be bowling consistently in one area in the BPL and we preferred him over others as he got the experience that might be essential to doing well in Pakistan.

" Hasan is the quickest bowler for us at the moment and we included him just seeing his raw pace. We feel if he is nurtured in the national dressing room it will not take him long to make him capable of dealing the pressure of international cricket."

Taijul Islam, who has picked up just two wickets from nine games in Bangladesh Premier League 2019-20, has been dropped. Arafat Sunny, who was part of the touring side in India and last played a T20I in 2016, also has been axed from the side along with Abu Hider. Mushfiqur Rahim had earlier pulled out of the tour citing security reasons.

The first T20I will be played on January 24 while the second and third games will be held on January 25 and 27 respectively. All three games will be in Lahore before the visitors return to Pakistan for the first Test of the two-match series from February 7.

Tigers in want of Test specialists

Great opportunity for Bangladesh to win the series: Mahmudullah