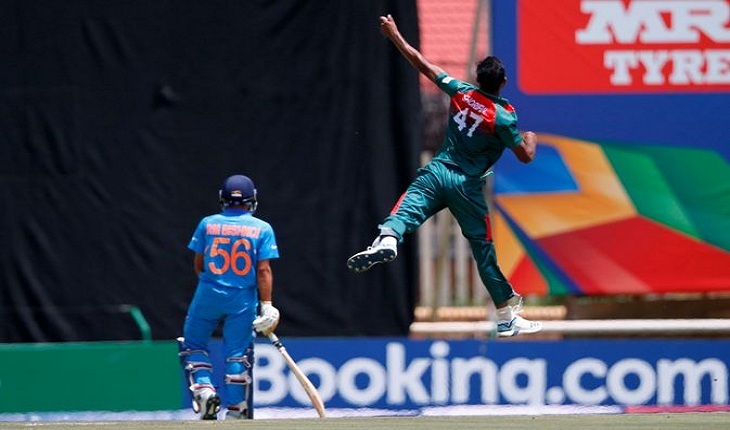 Avishek Das, Tanzim Hasan Sakib and Shoriful Islam led a disciplined Bangladesh attack to restrict defending champions India to 177 for ten in the ICC Under-19 World Cup final at Senwes Park in South Africa on Sunday.

It was the first final of any Bangladeshi side in an ICC event. Bangladesh beat New Zealand in the semifinal and stormed the final for the first time.
India on the other hand, played the final six times and won the title four times. Young Bangladeshi Tigers are upbeat to lift the trophy in their first final.

Before this one, Bangladesh played four games against India in U-19 World Cup and lost three of them. Their only World Cup win against India came back in 2002 in New Zealand.

2nd game of Bangladesh U-19 rescheduled

Shutdown of educational institutions to be extended