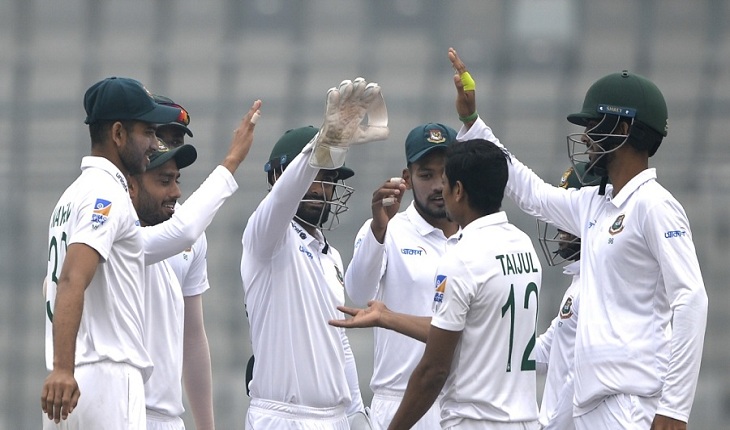 Spinner Nayeem Hasan took five wickets as Bangladesh thrashed Zimbabwe by an innings and 106 runs inside four days in the one-off Test in Sher-e-Bangla National Cricket Stadium in Mirpur on Tuesday.

With the win, Bangladesh finally ended the drought after losing six Tests in a row.

Nayeem Hasan returned match figures of 9/152 and Mushfiqu Rahim registered his third double ton (203*) in the format to help the Tigers taste a Test win after a gap of 15 months. The last win came against West Indies in November 2018.

Zimbabwe had started day four aiming to score at least 181 runs with eight wickets in hand to avoid an innings defeat. But they suffered a big blow in the first session of the day losing three more wickets.

Craig Ervine top scored for the tourists with 43 while T Maruma scired 41. Nayeem Hasan was the pick of the Bangladesh bowlers claiming 5-82 while Taijul Islam bagged 4 for 78.