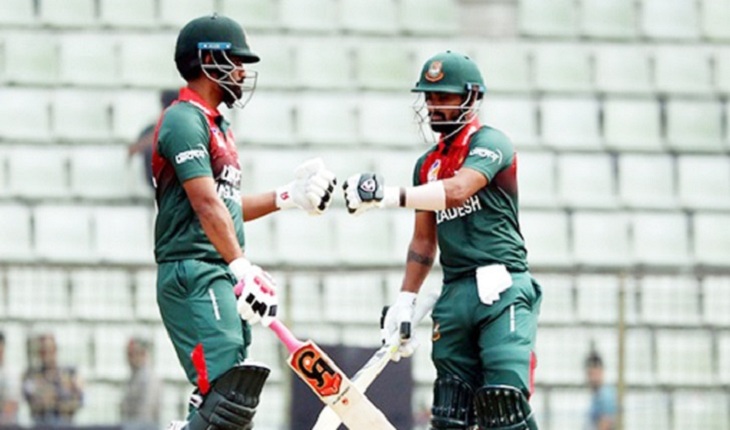 A sudden rain stopped play at Sylhet International Stadium on Friday between Bangladesh and Zimbabwe in the third and final match of the three-match series.

Thanks to an unbroken opening partnership between Tamim Iqbal and Liton Das, Tigers scored 182 without loss of any wicket.

Opener Liton Das continued his fine form in the series as he scored a splendid century in the opener of the series on Friday, after his hundred.

Earlier, Zimbabwe won the toss and put Bangladesh into bat in the dead-rubber game.

The Tigers are eyeing a clean sweep after winning the previous two encounters against the visitors and have made four changes to the line-up on Friday.

Mohammad Naim and Afif Hossain have been drafted in to play their first game of series while Mohammad Saifuddin and Mustafizur Rahman return after being rested in the previous ODI.  Najmul Hossain Shanto, Shafiul Islam and Al-Amin Hossain miss out while Mushfiqur Rahim is being rested.

The match marks skipper Mashrafe Bin Mortaza's last as Bangladesh's ODI captain after he announced his decision to step aside on Thursday
Teams:

BCB to hold talks with PCB over coronavirus situation