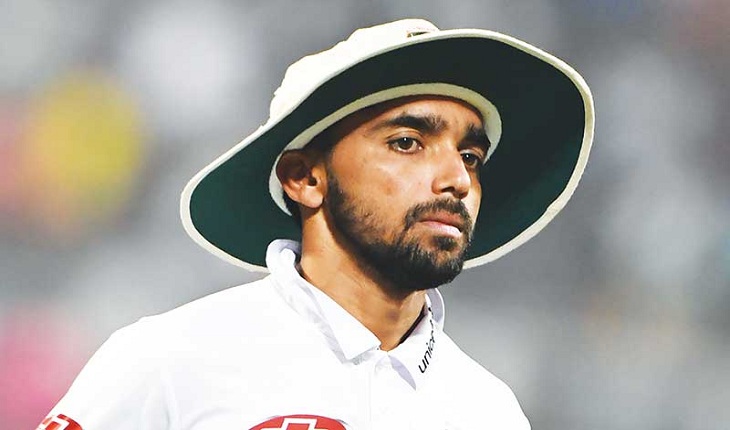 Bangladesh Test captain Mominul Haque thought the lockdown, forced by COVID-19, came as a blessing in disguise for them as they had got the opportunity to work with the technical and psychological aspects of the game.

According to him, it was always tough to work on those issues personally when a player is engaged in cricket consistently.

“We have got the opportunity to think about cricket during the lockdown,” Mominul said today as he joined the individual training programme, arranged by the Bangladesh Cricket Board (BCB) with others at Sher-e-Bangla National Cricket Stadium (SBNCS) in Mirpur.

“Since we had no cricket, some worked on their fitness, some worked on psychological aspects, some worked with coaches virtually on his technical and tactical aspects of the game. Some talked to the coached as to how they can improve their skill. I think every player in different way discussed with those issues, what could be benefited us in the long run. When you are engaged in cricket, you don’t have the chance to discuss on those issues. So it’s really good,” he added.

But whatever it is, Mominul said he missed playing cricket at the ground and he is happy to be back to his familiar place again.

“It’s really a nice feeling to get back to the cricket again. Today is my first day after the lockdown, so everything appears to be new. It will take three or four days to cope with everything,” he remarked.

Alongside Mominul seven other players joined with the existing seven players to train individually at the SBNCS in accordance with the standard health protocol.

Apart from Dhaka, 12 more cricketers started practice at four venues of the country from Saturday.

For the time being, the BCB prepared a practice schedule for six days after which it will be renewed as more cricketers are set to join.

The first phase of the individual training programme was held on July 19-27. The BCB was initially reluctant to prepare a roadmap for individual training due to the players’ health issue in aspect of the spread of the deadly virus despite the fact some of the other cricketing nations already began it in their respective countries.