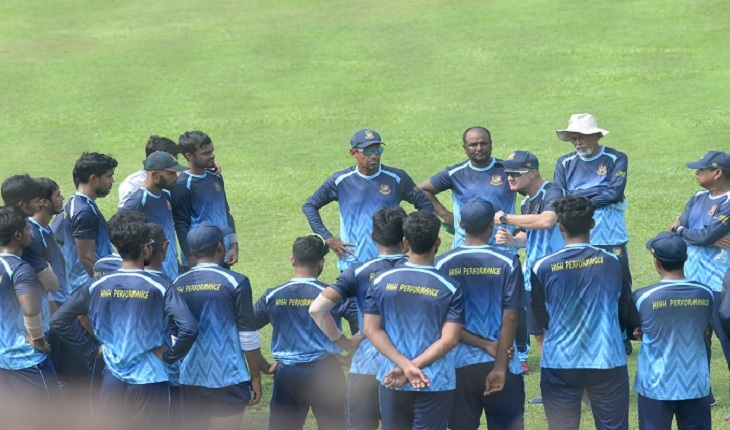 On October 27, the Bangladesh Cricket Board resumed training at their High Performance (HP) squad training camp at the Sher-e - Bangla National Stadium.

Toby Radford, head coach of the BCB High-Performance Unit, who was not available when the camp began on October 7, was available from the start when the camp resumed after a break due to the just-ended BCB Presidents Cup.

The camp was supposed to begin with 26 players, although not all of them were available because some of them enjoyed a break at Mirpur, the SBNCS.

The first week is planned with a curriculum of skills and preparation and is looked forward to by young all-rounder Afif Hossain.

"I hope that from here I can learn something positive," Afif said on Tuesday.

"This is certainly a positive thing because at this time we can train under a good coach and this is a great chance for us," he said.

" The HP camp has already been going on for a long time, and you will still have time to rectify your mistake,' he said.

"In BPL, NCL, Premier League and other tournaments, rectifying these things helps us," he said, adding that he is looking forward to playing T20 matches in the HP camp so that he can prepare for the domestic T20 tournament.

"We are training here, and before the start of the tournament, there are still T20 matches. Hopefully, I will be able to train properly for the tournament so that I can do it properly.

Of the 26-member HP group, 12 are from the U-19 World Cup-winning team who have been trapped at home for more than six months due to the country's deadly COVID-19 outbreak, while the camp will end on 12 November 2020.