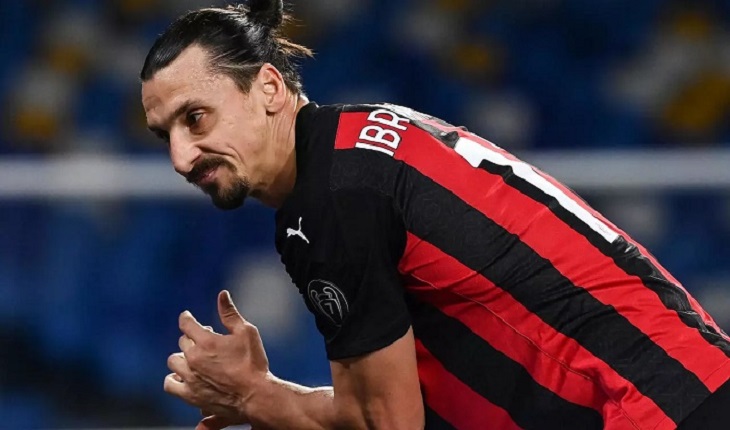 Zlatan Ibrahimovic will miss AC Milan's Europa League clash at Lille after a source at the Italian club told AFP that the in-form veteran will be out for at least 10 days with a thigh injury.

Ibrahimovic, 39, kept Milan top of Serie A with a brace in a 3-1 win at Napoli on Sunday but left the field shortly before the end of play at the Stadio San Paolo with a left thigh knock.

The source told AFP that tests on Monday morning revealed damage to the hamstring muscle in Ibrahimovic's left thigh, and that the Serie A top scorer would undergo new tests in 10 days' time.

As well as missing Thursday's Group H match at Lille, the former Inter Milan, Juventus, Barcelona and Paris Saint-Germain forward will also be unavailable for Milan's next league match with Fiorentina and the visit of Celtic early next month.

The Swede's absence is a big blow to Milan coach Stefano Pioli, whose team have been galvanised by their ageing frontman since his return to the seven-time European champions in January.

Milan are top of Serie A and unbeaten in domestic competition so far this season, with Ibrahimovic scoring 10 of their 19 league goals.

The 'Rossoneri' are also second in Group H heading into Thursday's match, one point behind Lille who are the only team to have beaten Milan this campaign after romping to a 3-0 win at the San Siro before the international break.