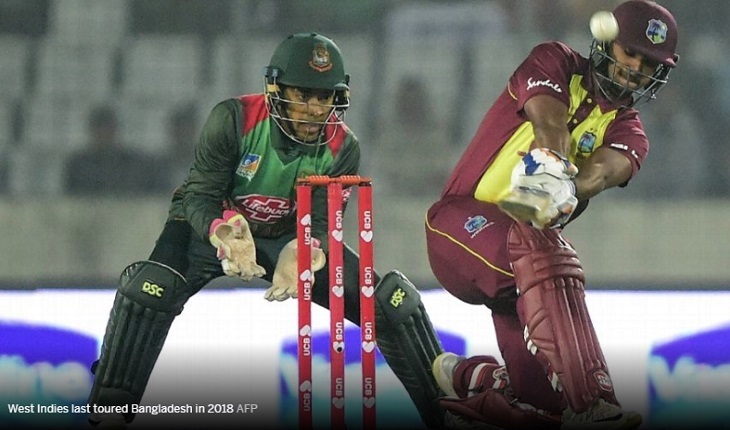 Cricket West Indies (CWI) board director Dr Akshai Mansingh and Paul Slowe, the board's security manager, will visit Dhaka and Chattogram next week to inspect the BCB's bio-security plans and health protocols in the country. The news comes following CWI president Ricky Skerritt's statement that West Indies are keen to tour Bangladesh as scheduled, in January next year.

West Indies are supposed to play three Tests, three ODIs and two T20Is on the tour, but it is likely that the Test series - part of the ICC's World Test Championship (WTC) - will be reduced to two matches.

"We would be the first international team to visit Bangladesh since the onset of the pandemic," CWI CEO Johnny Grave said. "Acting always with the health and safety of our touring party at the forefront of our minds, we have decided to conduct a pre-tour recce by sending two highly experienced professionals to assess the BCB's bio-secure plans and protocols.

"Our respective medical and operations teams have held a number of positive meetings over the last few weeks and following receipt of the report from our inspection team, a recommendation will be made to our board of directors on whether it is safe to tour Bangladesh early next year."

In an interview to a Bangladeshi TV channel earlier this week, Skerritt said that CWI want to ensure that the BCB followed the recognised worldwide health protocols - that the West Indies team had experienced in England - after they became the first international cricket team to tour during the pandemic.

"Certain standards were set, certain learnings were achieved, and I think once Bangladesh can meet those standards, I don't think there's going to be any major problem. We just have to verify in our own way that the situation will be safe for all concerned."

The West Indies men's team are currently touring New Zealand for three T20Is and two Test matches. The BCB are currently staging the five-team Bangabandhu T20 Cup in which they are keeping all the teams in a bio-bubble, allowing them only to commute between the hotel and the Shere Bangla National Stadium. They also held the three-team President's Cup tournament last month, which also had a BCB-sponsored bio-bubble.