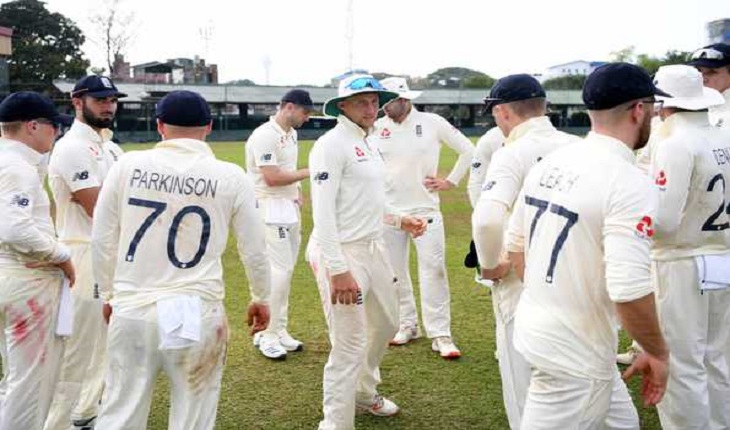 On Thursday, after skipper Dimuth Karunaratne sat out with a broken thumb, Sri Lanka won the toss and elected to bat against England.

In the first of the two Tests in Galle, Dinesh Chandimal stands as captain of the side that includes three daily spinners in the starting XI.

As the tourists restart the series that was aborted in the early phase of the coronavirus pandemic in March, England batsman Dan Lawrence makes his international debut.

Despite the threat of rain, Captain Joe Root opted for three fast bowlers and two spinners in Dominic Bess and Jack Leach, under clear skies.

The series will be played behind closed doors but a lone England fan, who has waited 10 months in Sri Lanka for a postponed tour to restart, has put up banners on the ramparts of the old fort overlooking the picturesque stadium.