Man City up to second 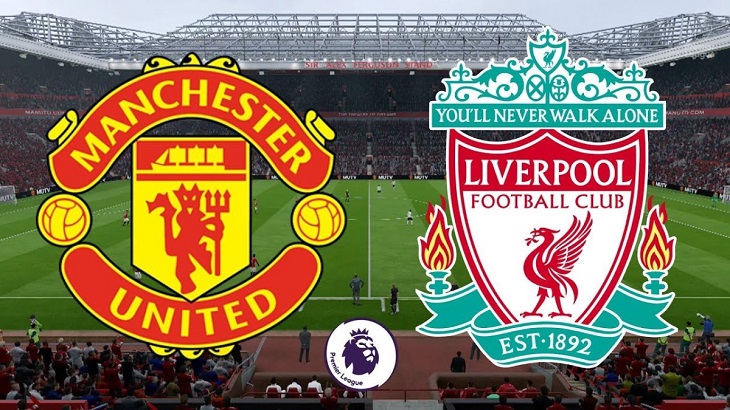 Manchester United held onto the top spot in the Premier League after Liverpool goalkeeper Alisson Becker forced them to settle for a 0-0 draw, while Manchester City powered into second place with a 4-0 rout of Crystal Palace on Sunday.

Ole Gunnar Solskjaer's side had the better chances in a strangely subdued clash between two of English football's bitterest rivals.

Alisson saved well from Bruno Fernandes and Paul Pogba in the second half, but neither side deserved to win.

United are two points clear of second-placed Manchester City, who have a game in hand, and third-placed Leicester.

Champions Liverpool are a further point back in fourth.

United are top after the New Year for the first time since Alex Ferguson's retirement in 2013 thanks to nine wins in a 12-match unbeaten run.

Leaving Anfield unscathed is a solid result as they chase a first title in eight years, but United might feel it was a missed opportunity to pile pressure on injury-hit Liverpool given their recent struggles.

"It's only a good result if we win the next game. It was an opportunity missed with the chances we had but then again we were playing a very good side," Solskjaer said.

"I think we grew in the game and toward the end it was there for us to win. We created two massive chances and it was two brilliant saves by the keeper."

It is the first time these two old foes have been involved in a title race together since 2009.

But there was little feel of a seismic encounter as both teams largely played with the handbrake on at an empty and silent Anfield.

Liverpool are well short of the dynamic form that carried them to the title last season and the Champions League in 2019.

Jurgen Klopp's team have now gone four league games without a win and are without a goal in their last three top-flight matches.

"There is no easy explanation. We always missed chances, even in the games we won, we just had another one which we used," Klopp said.

"We had to be good to get a point. I think we were good enough to get three points but we didn't score."

The draw at Anfield was the perfect result for City, who took advantage at the Etihad Stadium with their fifth successive league victory.

Pep Guardiola's team scored in the 26th minute when Kevin De Bruyne's majestic cross with the outside of his foot picked out John Stones and the defender headed his first Premier League goal for City.

City, unbeaten in their last 15 games in all competitions, doubled their lead 11 minutes into the second half when Ilkay Gundogan curled into the top corner.

Stones struck again in the 68th minute, blasting home after Ruben Dias' header was saved, and Raheem Sterling made it four with an 88th minute free-kick.

"We were so stable. It's an important victory," Guardiola said. "We try to play the same way we have in the last few seasons and in the back four we don't make mistakes. Last year was the worst.

"If there is one player I'm more than pleased that everything is going well, it's John Stones. He deserves it."

David McGoldrick got one back for bottom of the table United in the second half, but Ndombele's sublime lob, flicked over his shoulder from an acute angle, wrapped up the points.

Ndombele's fine form is a stark contrast to his struggles in his first season after arriving from Lyon, with Mourinho admitting the player had to change his mindset to get back on track.

"He is incredible. For me sometimes you can score a great goal isolated from your performance. In this case the goal confirmed his performance. It was really, really good," Mourinho said.

Fifth placed Tottenham are on a seven-match unbeaten run in all competitions after winning at Bramall Lane for the first time since 1975.