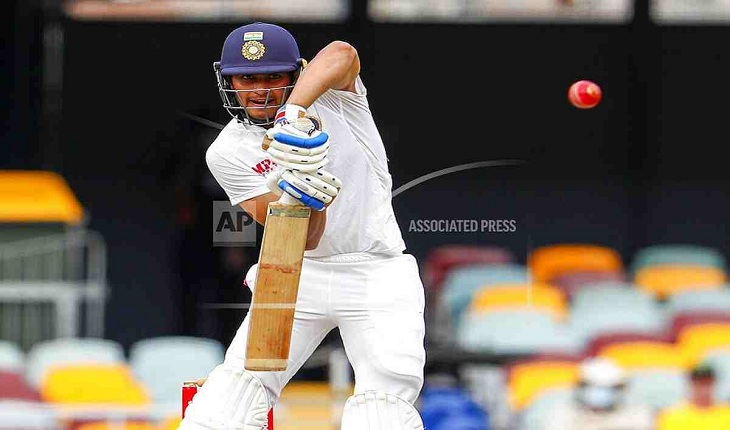 Shubman Gill scored an unbeaten 64 to post the highest score of his brief test career, doing his bit to help India's attempt to retain the Border-Gavaskar Trophy in the series decider against Australia.

India lost only one wicket in the morning session Tuesday and reached lunch at 83-1. That left India needing to survive two more sessions for the draw it needs to keep the cup, or to score 245 runs for an unlikely victory. While Gill scored his 64 from 117 balls, Chesteshwar Pujura was stone-walling at the other end with 8 runs from 90 balls.

Australia needed nine wickets to win the fourth test and seal the series at the Gabba, where it hasn’t lost a cricket test since 1988. Gill made his test debut last month in Melbourne, scoring 45 and unbeaten 35 in India's eight-wicket win that leveled the series after Australia won the opening match in Adelaide.

The 21-year-old Indian opener scored 50 and 31 in Sydney, where India batted through the last four sessions to salvage a draw, the visiting batting lineup defying Australia's bowling attack for more than 130 overs. That's his intention again in Brisbane, where Australia hasn't lost a test since 1988.

India resumed on day five at 4 without loss chasing 328 for an unlikely win, or to survive up to 98 overs to force another draw which they need to retain the trophy.

The Australians picked got an early breakthrough with Pat Cummins eliciting an edge from Rohit Sharma and having the dangerous opener caught behind for 7 with the total on 18 in the ninth over.

Pujara survived a review when he was on 2 when he was hit on the pads by Nathan Lyon but given not out. Australia challenged the decision but the TV umpire didn't have enough cause to overturn the original decision. Otherwise, the Indian batting was chanceless.

India prevented Australia getting into a position to score quickly and declare on day four, when Mohammed Siraj took his maiden five-wicket haul to restrict the hosts to 294 in the second innings. That was a lead of 327.

Rain washed out much of the last session Monday, meaning Sharma and Gill only had to survive 11 balls before stumps on the penultimate day.