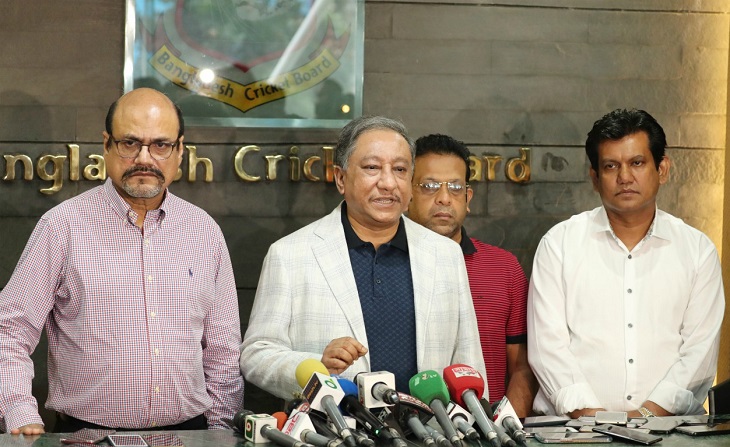 Nazmul Hassan Papon, president of the Bangladesh Cricket Board, said on Wednesday that their cricketers would receive the corona vaccine on a priority basis.

"We know the government is going to bring 50 lakhs of vaccines and there is an allocation for them while others are going to bring it privately (through Beximco) and it is expected to arrive in mid-February," Nazmul told reporters.

" I heard that there is a proposal from the government and there is no reason why cricketers won't get it, but I'm not sure of their schedule. If it arrives privately, I think cricketers will be the priority,” he added.

Instead of waiting for it to reach via government channels, BCB previously reported that they decided to buy corona vaccines directly after it arrives in the country.

The government of Bangladesh will procure the Covishield vaccines from local pharmaceutical supplier Beximco, which will import them from India's Serum Institute (SII).

Under the government's program, from the second or third month after the arrival of Covishield, sports federations and organizations are expected to receive the vaccines free of charge for their respective national-level athletes.

However, given that they have a jam-packed global calendar, the BCB is not able to wait that long.

Instead, the board agreed to purchase the vaccine from a pharmaceutical firm whose managing director, by the way, is also BCB President Nazmul Hassan.

Nazmul added that he expects the domestic season to begin by mid-April and stated that they expect cricketers to be vaccinated by that time.

Dhaka Premier League, which is considered to be the main bread and butter earning tournament for most cricketers, is the most prestigious 50-over Dhaka club-based tournament, postponed after the first round after the arrival of the corona pandemic.