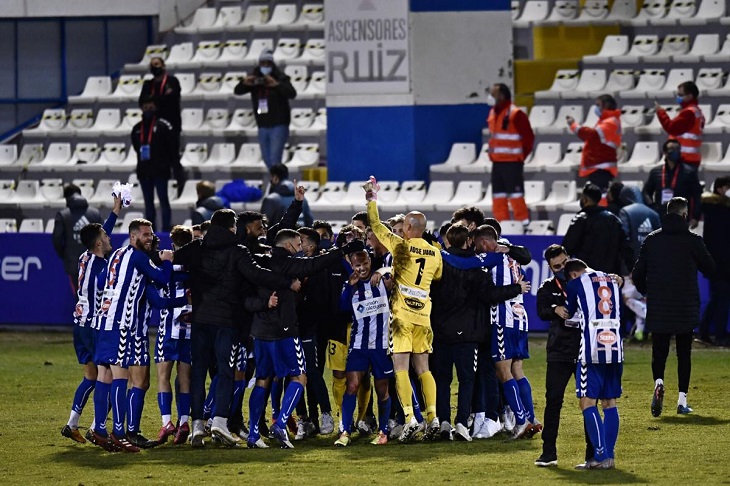 Borja Iglesias scored twice in extra time to send Real Betis through to the last eight of the Copa del Rey on Tuesday following a 3-1 win over Real Sociedad, joining Villarreal and Levante in the quarter-finals.

Real Sociedad took the lead in the first half courtesy of Mikel Oyarzabal but were reduced to 10 men just after the interval following the dismissal of Asier Illarramendi.

Antonio Sanabria was then sent off for Betis shortly before Sergio Canales equalized, with Iglesias striking in both halves of extra time to eliminate Sociedad.

La Real will play Basque rivals, Athletic Bilbao, in the final of the 2019-20 competition on April 4, after it was postponed last year due to the Covid-19 pandemic.

Villarreal edged past second-tier Girona 1-0 while Levante won 4-2 at Valladolid earlier on Tuesday.

Lionel Messi will be available again after serving a two-match ban as Barcelona head to the capital to take on Rayo Vallecano on Wednesday.

Athletic face Alcoyano, the third-division club that dumped out Real Madrid in the previous round, on Thursday.