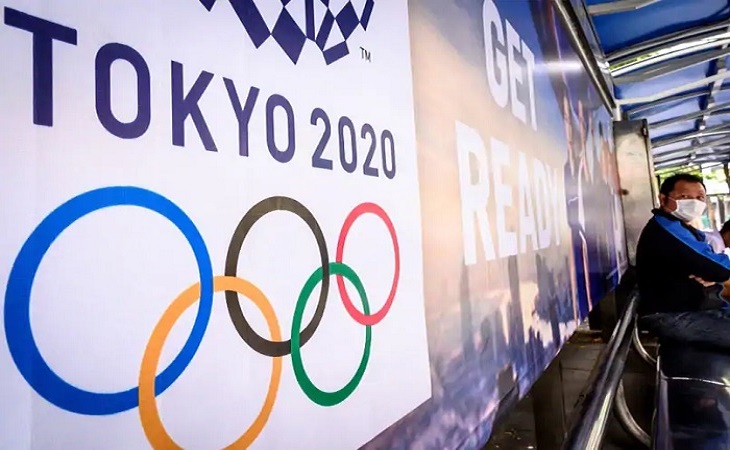 The first Tokyo Olympics test event of 2021 has been postponed because of travel restrictions under Japan's coronavirus state of emergency, organizers confirmed Thursday.

The artistic swimming event will double as the sport's final qualifier for the virus-postponed Games. It was due to be held on March 4-7 in Tokyo but will now take place two months later.

Tokyo 2020 organizers said a decision to delay it had been taken for reasons including "ensuring the fairest possible conditions for athletes to participate" and ongoing entry restrictions in Japan.

The qualifier has now been rescheduled for May 1-4 at the Tokyo Aquatics Centre.

Tokyo 2020 said other qualifying events in Japan, including the Diving World Cup in April and marathon swimming in May, would go ahead as planned.

The first test event of 2021 is now the Paralympics wheelchair rugby on April 3-4.

Japan's borders are currently closed to almost all foreigners, with Tokyo and other parts of the country under a state of emergency until at least February 7.

Athletes coming to Japan to prepare for the coronavirus-postponed 2020 Games had been exempt from the entry ban, but the government revoked the privilege earlier this month.

The artistic swimming event was to have been the first test event to be held with anti-virus measures in place.

In December, Tokyo 2020 chiefs unveiled a 53-page anti-virus rulebook that they say will allow the Games to be held safely without a vaccine, even if the pandemic is not yet under control.

But public support for holding the Games this year is low, with 80 percent of Japanese polled backing a further delay or outright cancellation.

Most of the test events, which function as dress rehearsals for each sport, had already taken place before the Games were delayed in March 2020.

But 18 remain to be held, including a trial run of the Olympic marathon which was relocated from Tokyo to the northern city of Sapporo due to concerns over the capital's summer heat.