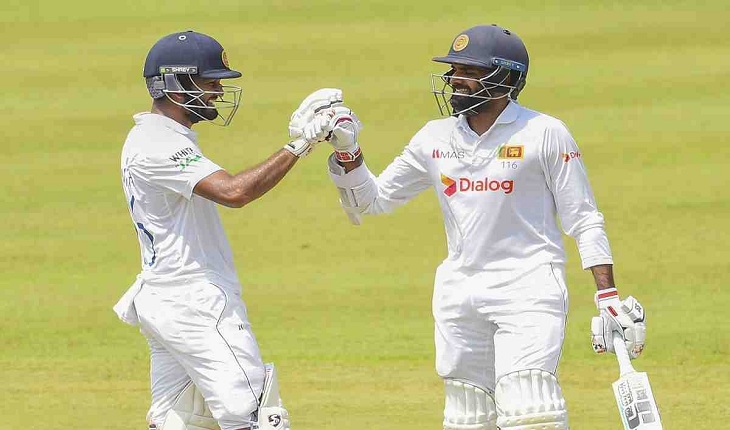 Sri Lankan Test captain Dimuth Karunaratne brings up his second consecutive Test ton in the second and final Test of the two-match series against Bangladesh in Kandy on Thursday.  He was dropped by Najmul Hossain Shanto at the slip region when he was 28. Karunaratne exploited the chance of hitting  a ton.

At the Tea break of the first day, Sri Lanka were batting at 188 for none in 58 overs with Karunaratne and his opening partner Lahiru Thirimanne were batting at 108 and 80 respectively. It was the 12th Test hundred for Karunaratne, the highest by any active Sri Lankan player.

The wicket looked fairly dead in this Test as well. In the first Test, the wicket was flat and bowlers had nothing to get from the track.

The International Cricket Council has rated the wicket as below average due to its failure to provide a balanced opportunity to the batsmen and bowlers. The ground has awarded one demerit point as well.

In the first session of the day, Bangladeshi bowlers were more disciplined, but in the second, they seemed to be a bit random and aimless.

The first Test of the series ended in a draw, where Karunaratne had smashed a double-ton. Bangladesh’s Najmul and Mominul Haque had also hit a ton each.