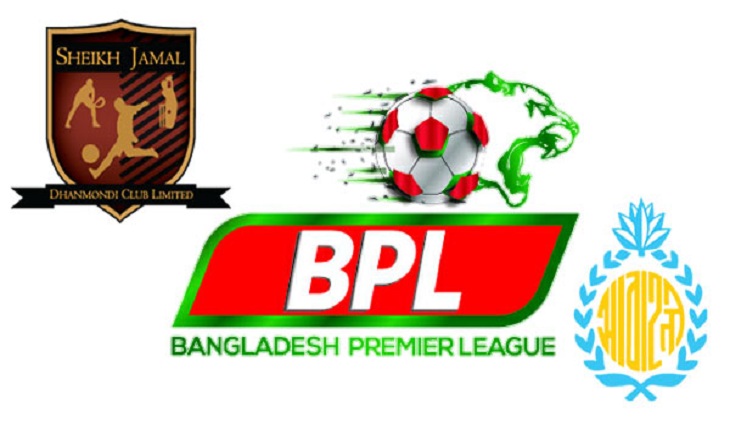 The match kicks off at 9 pm.

Sheikh Jamal, who will start their second round league from a comfortable position on way to the title race, stand at second position at the points table with 26 points from 12 matches while the port city team Chittagong Abahani Limited place at seventh position in the points table with 19 points playing the same number of matches.

Earlier, on the Saturday’s first match, Mohammedan Sporting Club Limited will play against ArambaghKriraSangha at 4 pm at the same venue.

The traditional Motijheel outfit Mohammedan SC stand at sixth position in the points table with 19 points from 12 matches while bottom-ranked ArambaghKriraSangha have one point from the same number of matches.

Saif Sporting Club stand at fourth position in the points table with 22 points from 12 matches while Rahmatganj Muslim and Friends Society place at eighth position with 13 points from the same number of outings.