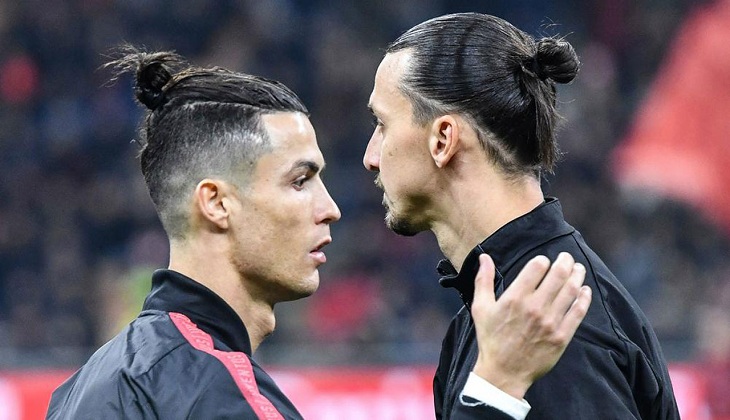 Dethroned Juventus host AC Milan on Sunday in a clash of former Serie A title hopefuls now fighting to qualify for the Champions League.

Antonio Conte’s Inter host Sampdoria in the San Siro Saturday, their first game at home since being crowned champions, with fans only allowed to celebrate outside because of Covid-19 restrictions.Behind Inter, five teams battle for the other three Champions League spots.

Atalanta, Juventus and AC Milan are all level on 69 points, with fifth-placed Napoli two points behind and Lazio a further three points adrift but with a game in hand.

Not qualifying for the Champions League would have been unthinkable at the start of the season for Juventus, twice finalists of Europe’s top club competition in the past decade.

“We know that we have to qualify for the Champions League at all costs,” said Juventus coach Andrea Pirlo, whose side also host Inter before the end of the season.

Cristiano Ronaldo scored twice last weekend at Udinese to rescue three points and extend his lead at the top of the scoring charts with 27 goals, six more than Inter star Romelu Lukaku.

Ronaldo, 36, has one more year left on his contract, and amid speculation over his future failure to qualify for the Champions League could herald his exit.

Veteran Sweden star Zlatan Ibrahimovic has already committed to another season at Milan which will take him to 40 years old.

Ibrahimovic galvanised Milan after his return midway through last season, leading the line as the ‘Rossoneri’ went 27 games unbeaten before losing 3-1 to Juve at the San Siro in January.

Sitting top of the league until after this campaign’s winter break, Milan crumbled in their biggest matches against Juve, Inter, Atalanta and Lazio.

However coach Stefano Pioli insisted the priority was always a return to the Champions League for the first time in eight years.

Juve have won each of their last nine Serie A home matches against Milan, who also face a tough final fixture at Atalanta later this month.

Atalanta, who sit second, travel to relegated Parma looking to take advantage of their rivals going head-to-head, with Napoli also hopeful of a win at struggling Spezia and Lazio at 14th-placed Fiorentina.

Benevento and Cagliari face off on Sunday with just a point separating the two relegation rivals. Key stats:

199 – Antonio Conte’s games as manager in the Italian top flight, including 135 wins