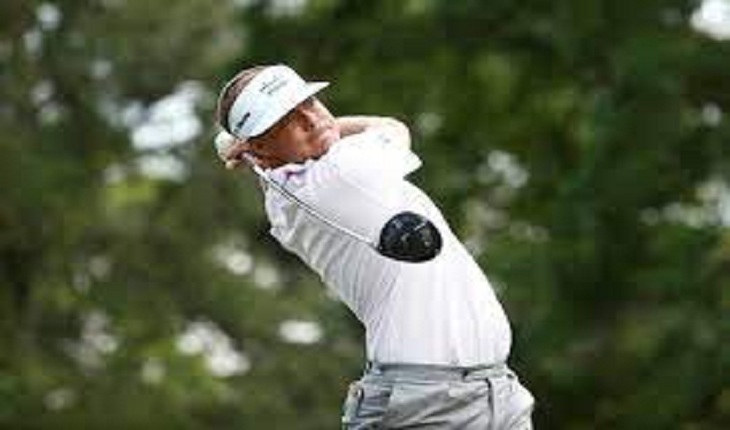 Keith Mitchell, chasing his second career US PGA title, fired a five-under-par 66 to seize a two-stroke lead over Rory McIlroy and Gary Woodland after Saturday’s third round of the Wells Fargo Championship.

The 29-year-old American’s bogey-free round left him on nine-under 204 after 54 holes at Quail Hollow in Charlotte, North Carolina.

“All of it feels good right now,” Mitchell said. “Really just trying to keep the ball in front of me and see what we can do tomorrow.”

Four-time major winner McIlroy fired 68 and 2019 US Open champion Woodland shot 70 to finish on 206, one stroke ahead of American Luke List with Japan’s Satoshi Kodaira and American Scott Stallings sharing fifth on 208.

McIlroy, in his first event since missing the cut at the Masters, said his game has turned a corner.

“I felt far off. I still think I was pretty far away,” McIlroy said of his game. “I worked pretty hard these last couple of weeks. I found something last week.”

McIlroy said he was energized by a spectators gallery as near to pre-pandemic levels as the tour has seen.

“I felt that buzz out there on the course and when you feel it you can give something back,” McIlroy said.

“Just so cool to play in an atmosphere like that again. I’ve missed it. I didn’t think I would miss it as much as I did, but I really have.

“So to be in contention, to have the fans back, I really enjoyed it out there and I’m excited about tomorrow.”

World number 249 Mitchell, whose only PGA victory came at the 2019 Honda Classic, had been struggling with his putter until his coach told him Tuesday it was bent.

“I took it to the trailer, they bent it back and here we are,” Mitchell said.

“I really started hitting my driver better a couple of weeks ago. I started standing a little taller,” Mitchell said. “This course sets up well for me. I really hit a lot of fades. I love the way it looks to my eye and right now it’s clicking.”

McIlroy, who has not won since a November 2019 WGC event in Shanghai, has won twice at Quail Hollow, where he owns the course record of 61.

The 32-year-old from Northern Ireland had five birdies but a double-bogey at the par-4 12th denied him a share of the lead. He said he put well on a day when that was not easy.

“It was really tough,” McIlroy said. “I felt where the holes were cut, they were tough to read. There were some tricky putts out there.”

Disaster at the 12th

McIlroy sank a 25-foot birdie putt at the par-4 third and rolled in another from just under 17 feet at the par-3 fourth.

“When I hole putts like that, it helps,” McIlroy said.

At the par-5 seventh, he blasted out of a bunker just inside seven feet and sank a birdie putt. McIlroy curled in his fourth birdie at the par-4 eighth, sinking a 21-foot birdie putt to seize the lead at 8-under.

McIlroy reached the back nine with a two-stroke advantage, but his tee shot at the par-5 10th sailed way right beyond a cart path. He blasted into a bunker near the green and saved par with a four-foot putt.

Disaster struck on the par-4 12th when McIlroy went left into trees, pitched into the rough, and later missed a six-foot bogey putt, falling two adrift.

McIlroy salvaged par from eight feet at the par-3 13th, a fist pump showing how much the save meant, and punched out of the rough to seven feet at the par-5 15th and sank his birdie putt to reach 7-under.

List birdied three of the last four holes to shoot 68 while Kodaira had seven birdies and four bogeys in a roller-coaster round.