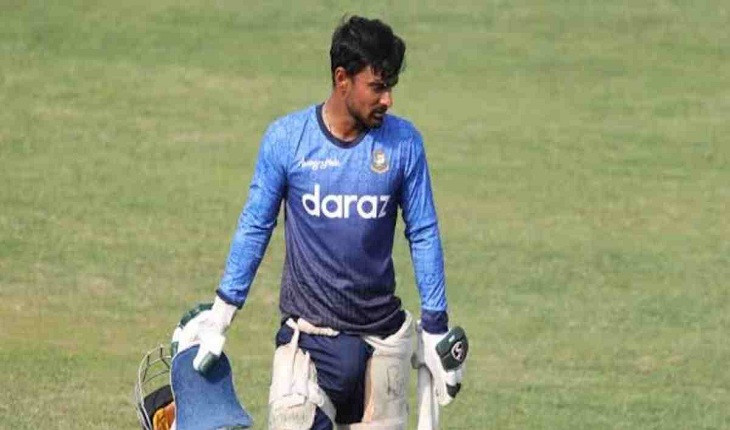 Bangladesh wicketkeeper-batsman Liton Das, gearing up for the three-match ODI series against Sri Lanka starting from May 23, says he is concentrating more on hitting long shots.

Unlike Tests, he is an opener for the Tigers in ODI. He believes if he can improve his long-hitting ability, he can achieve more in this format.

The right-handed plays as a wicketkeeper-batsman in Tests, and in limited-overs cricket, he plays as an opener. He says he is confident about delivering big scores if he can ensure steady starts.

“I’ve been working in many ways (to improve my game),” Liton told reporters on Monday at Sher-e-Bangla National Cricket Stadium. “For the last couple of days, I’ve been working on long-hitting.”

Liton is the holder of the highest individual innings in ODIs for Bangladesh. In March last year, he smashed 176 off 143 against Zimbabwe in Sylhet.

“I understand my game and ability more than before,” he said. “Since I open the innings in white-ball cricket, I’m giving more importance to face the new ball well. If I can play the first 10 overs well, it becomes easy for me to bat better, and I can play big innings as well which I’ve done against Zimbabwe.”

According to him, a good 10-over helps him play well in the remaining part of the innings, and he has been working more on playing the new balls in practice.  He said that many players of Bangladesh’s limited-over set-up are matured now, and they are set to deliver big things for the Tigers. Now, the most important thing for them is to play their roles properly.

“We’re a very good team when we play at home, especially in white-ball cricket. We’ll have a full-strength team in this series. We’ve to play our role properly to do well. I believe we’ve a team who can beat anyone in the world,” Liton said.  He said that Sri Lankan are a good team in limited-overs cricket. Doing well against them will require smart cricket from Bangladesh and proper execution of the game plan, he noted.

Bangladesh lost the last ODI series against the islanders 3-0. This series came as a good opportunity for the hosts to prove their mettle against Sri Lanka.

All the matches of the upcoming series will take place at Sher-e-Bangla National Cricket Stadium on May 23, 25, and 28. Sri Lanka is scheduled to arrive on May 16.