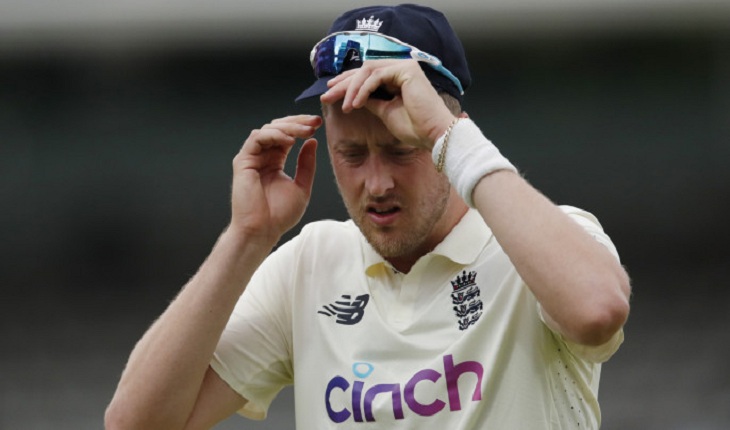 Ollie Robinson, an England fast bowler, was suspended from international cricket on Sunday pending the outcome of an investigation into discriminatory tweets he made between 2012 and 2013.

The England and Wales Cricket Board has announced that Robinson will be unavailable for the second test against New Zealand, which begins on Thursday.

Robinson made his test debut at Lord's in the first match of the series, capturing seven wickets in two innings for New Zealand and also batting 42 in England's first innings.

The racist and sexist comments he made when he was 18 and 19 reappeared during the first day of the test, and Robinson was close to tears when he tendered an apology after stumps.

"Robinson will leave the England camp immediately and return to his county," England said about the Sussex bowler.