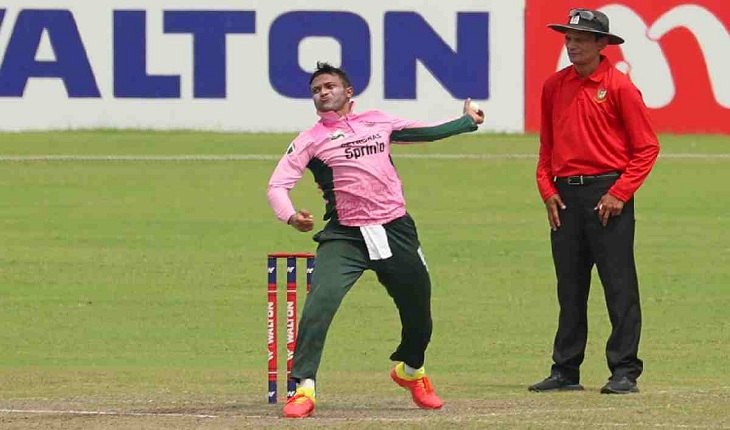 Mohammedan Sporting Club, who had a flying start to the Bangabandhu Dhaka Premier Division Twenty20 Cricket League, suffered their second defeat on Tuesday at BKSP.

In the rain-hit game, which was reduced to 6 overs-a-side, Mohammedan lost by 22 runs to Prime Doleshwar Sporting Club.

For Mohammedan, Abu Jayed bagged two wickets while Shakib and Ruyel Mia took one wicket each.

It was Mohammedan’s second defeat in five matches, while it was the fourth win of Prime Doleshwar in as many matches.