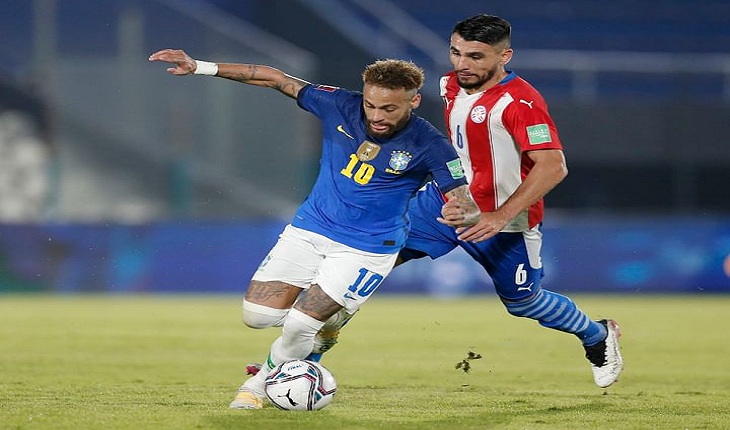 Neymar's goal means Brazil's victory, that's all. That's what he did. He scored the goal in the fourth minute of the match. Maybe his teammates were a little expected. Getting a goal at the beginning means keeping yourself fresh. And with that freshness, Lucas Paketa ensured the victory of the team by scoring another goal towards the end of the match. And Brazil got six sixes in this victory.

Tito's side beat Paraguay 2-0 in the early hours of Wednesday (June 9) at the Asuncion Stadium. Brazil won all six matches in the World Cup qualifiers. They topped the points list with 18 points.

Neymar scored in the previous match against Ecuador, Brazil also won 2-0. Neymar is also leading Brazil in this victory by scoring a maximum of 5 goals in the team. This is Brazil's first win against Paraguay outside the country since 1985.

In the 4th minute of the match, Neymar got a cross from Gabriel Jesus and scored a goal from 8 meters away. The PSG star has scored 66 goals in 105 matches in Brazil as well as 46 goals. In the history of ‘Celesao’, he has scored more goals (77) than he has ever scored (47).

He brought Jesus back to the XI. Neymar took the opportunity to be unprotected even though his cross Richardson could not volley from the right edge. When Neymar scored in the South American World Cup qualifiers, Brazil's victory seemed to have become a habit. Brazil won 9 matches in which Neymar scored.

Brazil could have scored another goal in the 30th minute of the match. Richardson's goal in the volley was canceled due to offside. After this 1-0 goal, Tit's team went to the break.

Coming back from the break, Brazil made a great start. Gustavo Gomez's head could have been a goal if Ederson had failed. Marquinhos also had a chance to score for Brazil. After trying the whole match, Paraguay could not return to equality. Paraguay scored again in the fourth minute of added time. Leon midfielder Lucas Paketa confirmed Brazil's 3 points with a great left-footed shot. Brazil finally left the field with this 2-0 victory.