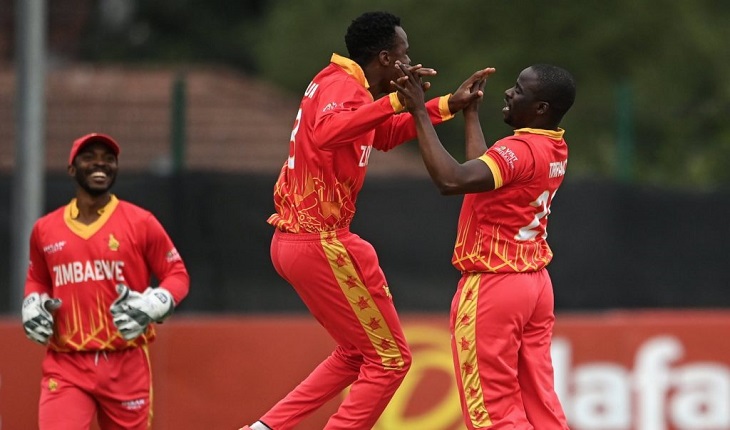 Zimbabwe won the final match of their Twenty20 series against Ireland by five runs as Craig Ervine starred with an unbeaten 67 in Bready on Saturday.

The series ended 3-2 in Ireland's favour after the hosts took an unassailable 3-1 lead on Thursday.

Leading by example, Zimbabwe captain Ervine hit his 67 from 57 balls. Dion Myers added 26 for the tourists, who finished on 124-4 as Ireland's Mark Adair took 3-23. Ireland were unable to chase down the total, struggling to recover from losing opener Paul Stirling for 19.

Neil Rock top scored with 22 but Luke Jongwe and Donald Tiripano each took three wickets to keep Ireland at bay. Craig Young hit 10 from the penultimate over to give Ireland a glimpse of a dramatic victory.

The hosts needed six from the final ball to win with one wicket left but Josh Little was run out.

Ireland's Stirling was named player of the series after recording his maiden T20 international century in the third match. Ireland and Zimbabwe will meet again in a three-match one-day international series in Belfast starting on Wednesday.