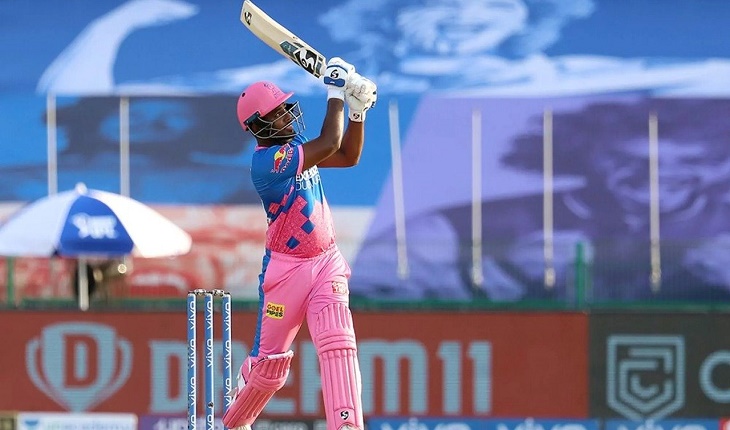 Delhi Capitals captain Rishabh Pant guided his side through a frustrating game to defeat Rajasthan Royals by 33 runs and take the lead in the Indian Premier League on Saturday.

Pant hit 24 and Shreyas Iyer 43 as Delhi made 154 for six in their 20 overs. The batsman wicketkeeper then claimed two catches and a stumping to leave Rajasthan struggling on 17 for three in their chase.

Despite a stubborn unbeaten 70 from captain Sanju Samson, Rajasthan could only reach 121 for six.

It was only the third time that Delhi has defended a total of 154 or less to win in the IPL -- all three have been against Rajasthan.

But victory pulled them two points ahead of Chennai Super Kings at the top of the league. They are not yet officially into the playoffs but no team has failed to qualify with 16 points.

Openers Prithvi Shaw (10) and Shikhar Dhawan (8) went cheaply, leaving Iyer and Pant to put on Delhi's best partnership of 62 for the third wicket.

Iyer was stumped by Samson having lasted 32 balls including two sixes. Afterward only Shimron Hetmyer's 28 off 16 balls made an impact.

Mustafizur Rahman and Chetan Sakariya each took two wickets from four overs on an encouraging day for the Rajasthan bowlers on the slow Abu Dhabi pitch.

England's Liam Livingstone went on the sixth ball of the Rajasthan innings, for a single run, giving an edge off Avesh Khan that Pant dived forward to catch.

With the first ball of the next over, Anrich Nortje forced Yashasvi Jaiswal (5) to edge another ball to Pant.

- Holder fireworks -
David Miller lasted 10 balls before he was stumped by Pant off Ravichandran Ashwin for seven.

Samsom hit eight fours and a big six in the final over but never found a partner to keep Rajasthan in contention.

"I thought the total was changeable but we lost too many wickets and weren't able to get any momentum," said Samsom, who added that changes could be made for the next game with his side still in the race for the playoffs.

Punjab Kings beat Sunrisers Hyderabad by five runs in a thrilling second clash of the day that left Kane Williamson's Hyderabad rock bottom of the eight team table with just one win from nine games.

Punjab managed only 125 for seven with South African Aiden Markram hitting the top score of 27.

David Warner was dismissed for two and Williamson for one.

Holder hit 47 off 29 balls including five sixes. But needing a six off the last ball to force a super over, Holder was restricted to a single by IPL debutant Nathan Ellis.