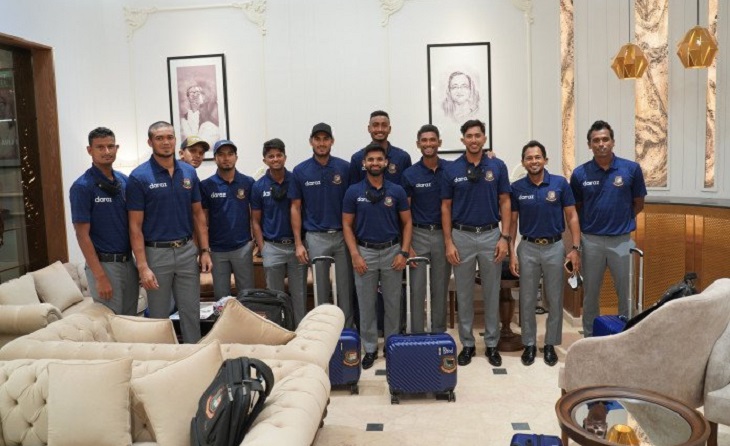 Bangladesh will play a T20 warm-up game against Oman A cricket team at Al Amerat Cricket Stadium tomorrow as part of their preparation for the upcoming Twenty20 World Cup.

The Tigers set up their conditioning camp in Oman and had already practiced three days here.

Bangladesh initially skipped this practice game against Oman A due to quarantine issue but after arriving here, they decided to play the match. A senior BCB official said after a discussion with the Oman Cricket Board, they took the decision to play the game.

After the practice game, the Tigers will travel to Dubai on October 9 to take part in two official practice games on October 12 and 14 against SriLanka and Ireland respectively. Shakib Al Hasan and Mustafizur Rahman who are now playing the IPL in UAE, will join the side here.

Mahmudullah Riyad and his troop then will return to Oman on October 15 to play in the qualifier stage and will take on Scotland in their first qualifier game on October 17.

They will face off against Oman and Papua New Guinea on October 19 and 21.

If they can overcome the hurdle of the qualifying round, they will then travel to UAE to play the Super 12s matches.

The Tigers so far played 25 matches in the World Cup of this shortest version of cricket and won just five-four of which came in the qualifying round. They won only one match against West Indies in the tournament proper.